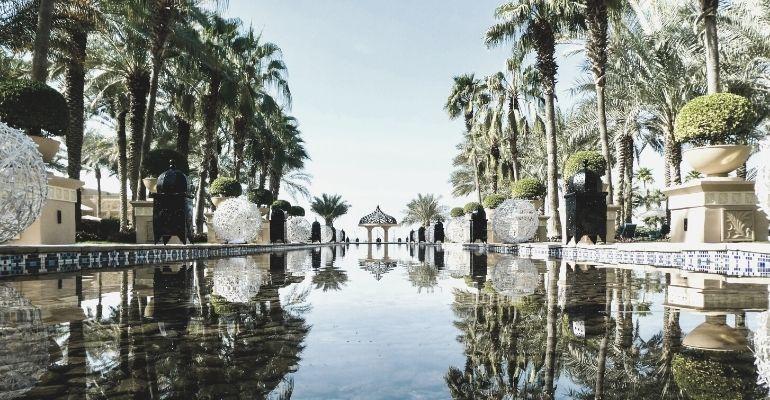 A look at the hoteliers that made it into Forbes’ ranking of the Middle East’s travel and tourism leaders.

Despite being one of the hardest hit industries during the global pandemic, the travel and tourism sector has made an impressive revival over the course of the past year.

For a countless number of popular tourist destinations across the globe, 2020 (and for some, 2021 even) was a dark year of waiting and wishing for the restrictions on movement and social interaction to be eased.

As vaccine rates across the world increased and a sense of normality began to circulate through society over the past year, the desire to reconnect with loved ones and the world at large fuelled the recovery of the global travel and tourism industry.

Although the industry is not yet back to its pre-pandemic state, it’s safe to say that it has made a solid and promising step on the path to recovery – one that is only expected to accelerate in the year ahead.

This year alone, the global travel and tourism sector is on track to contribute as much as USD 8.6 trillion to the world’s economy, the latest data from the World Travel & Tourism Council (WTTC) shows.

As more and more people swap their slippers for sandals and TV remotes for passports, we take a look at who the hot-shot hoteliers running the game in the Middle East are.

The Middle East’s Top 50 Travel and Tourism Leaders by Forbes is a ranking of the region’s top names across the entire travel ecosystem, from aviation to hotels, and everything in between.

Individuals are ranked based on various criteria such as size and revenue of business, experience and designation of business leader, and ownership of assets.

Dominating the list with an impressive 24 rankings, the prowess of the UAE in the travel and tourism space is well reflected. The list also features leaders from Saudi Arabia (11) and Egypt (4).

Of all the sectors considered in the rankings, the largest pool of leaders come from the hotel and hospitality space, with a total of 26 rankings. Here are the top three:

A subsidiary of Al Faisal Holding, ARCTIC was founded in 2003 as the wider group’s specialised hospitality arm. The company undertakes real estate development, acquisition and leasing activities, as well as managing a hospitality-related services function.

ARCTIC’s portfolio comprises 29 hotels across the Middle East, North America and Europe and includes the likes of the W hotel (London and Miami) and the St. Regis Washington D.C.

At an eye-watering USD 1.9 billion net-worth, it’s no surprise that Al Thani tops the rankings.

One of the largest real estate management firms in Dubai, wasl Asset Management Group was established by the Dubai Real Estate Corporation and consists of subsidiaries focussing on property, hospitality and leisure, and golfing.

Boasting partnerships with iconic hoteliers such as the Hilton Group and Mandarin Oriental, wasl owns and manages more than 30 serviced apartments and hotels, along with five golf and yacht clubs.

A high-powered businessman with fingers in more than one pie, Al Qassim holds C-suite roles at multiple influential organisations including Etisalat, Emirates NBD and DIFC.

Founded initially as an engineering firm in 1970, Al Habtoor Group established its hotel business, Habtoor Hospitality in 1979 and has seen immense growth since.

With 14 hotels across the globe, the company includes names such as the Waldorf Astoria Dubai Palm Jumeirah, the Ritz-Carlton Budapest, and the Hilton London Wembley.

Al Habtoor himself has held many high-level positions in both the public and private sectors including those in the Federal National Council, Commercial Bank of Dubai and currently the Dubai National Insurance and Reinsurance Company. He is often also recognised for his charitable and philanthropic contributions.