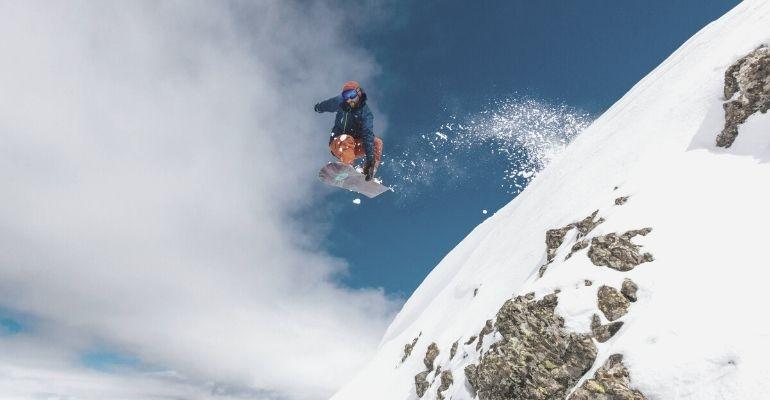 Everything we know about Saudi Arabia’s new snow-filled mountain neighbourhood.

NEOM, the ambitious giga-project set to transform the travel and tourism offering in Saudi Arabia, is getting a new winter sport, mountain tourism resort.

Announced last week by HRH Mohammed bin Salman, Saudi Crown Prince and Chairman of the NEOM Company Board of Directors, TROJENA, is scheduled for completion in 2026.

“Trojena will redefine mountain tourism for the world by creating a place based on the principles of ecotourism, highlighting our efforts to preserve nature and enhance the community’s quality of life,” he said.

Situated in the highest mountain range in the Kingdom’s north-western region of Tabuk, the new tourist site will be the first key destination for skiing and winter sports across the GCC.

Adding a new, exciting element to the already impressive USD 500 billion mega smart-city, NEOM, the development seeks to attract snow sports fanatics from across the globe.

This is TROJENA - a new world of possibilities, with one-of-a-kind experiences, stunning natural beauty, architectural excellence and premium lakeside living – in The Mountains of NEOM.#TROJENA #NEOM pic.twitter.com/hgf1iijZmA

Here’s a glimpse of what’s on offer …

TROJENA will consist of six unique districts offering a range of facilities including a state-of-the-art ski village, an interactive nature reserve and ultra-luxe wellness and family resorts.

With peaks reaching up to 2,600 meters above sea level, budding ski and snowboard enthusiasts can benefit from the resort’s numerous slopes of varying difficulty levels.

For fun-seekers with a preference for apres-ski vibes, the mountain village featuring a range of cafes, restaurants, shops and hotels will be the go-to spot.

A first for the region, the new tourist site will also feature The Vault, a folded vertical village that incorporates advanced architecture and technology elements that developers claim will “connect the physical and digital worlds.”

The never-before seen carved structure is set to be a marvel of modern architectire and will offer bespoke experiences that defy imagination and reality, a press release from the company stated.

“In a way, it’s similar in concept to The Line, in that it’s concentrating that vertical village or city in one place, minimising the land take - and maximising walkability - rather than spreading all those elements out across a large space," Trojena's executive director, Philip Gullett, said.

Forming part of the Saudi Vision 2030 startegy which seeks to diversify the kigdom’s economy and modernise its offering, TROJENA is expected to attract around 700,000 visitors to the region and create 10,000 additional jobs.

Adhering to NEOM’s striving environmental targets which focus around preserving the local ecology and environment and ensuring the long-term sustainability of the region, the resort is being constructed to compliment the natural landscape and ecosystem.

“[TROJENA] will be an important addition to tourism in the region, a unique example of how Saudi Arabia is creating destinations based on its geographical and environmental diversity,” the Saudi Crown Prince said in a company statement.