The new beach resort coming to Bahrain this year 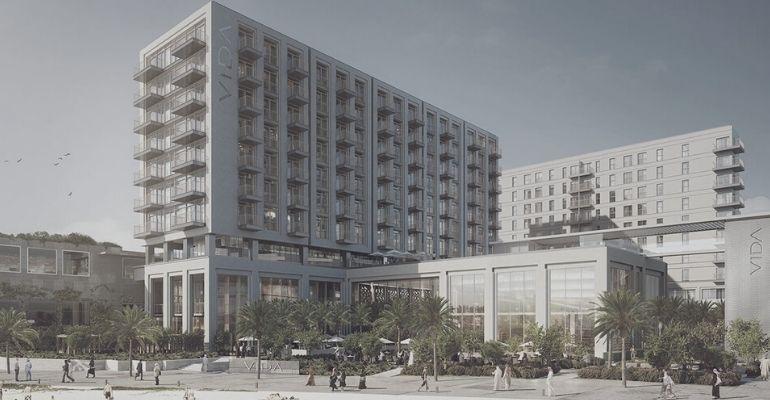 This will be the first Vida beach resort property to open outside of the UAE.

The Vida Beach Resort Marassi Al Bahrain will be opening before the end of the year, according to The National.

This will be the first Vida beach resort property to be launched outside the UAE. There are currently a total of five Vida properties in the UAE. Vida Hotels and Resorts is operated by Emaar Hospitality.

The superstructure of the Vida Beach Resort in Bahrain was completed in 2019 by developer Eagle Hills Diyar, a joint venture between UAE’s Eagle Hills and Bahraini developer Diyar Al Muharraq.

Mark Kirby, head of Emaar Hospitality, said that the group anticipates expanding its Bahrain portfolio beyond the Vida property.

“We are delighted to bring Vida Marassi Al-Bahrain to one of the most influential markets in both travel and business. The serene beach resort property will soon be one of the most sought-after holiday destinations in Bahrain while serving as a testament to our warm hospitality,” Kirby also said.

The Vida Beach Resort Marassi Al Bahrain will feature 157 rooms, as well as 141 serviced residences. Apart from this, it will also be home to restaurants, a temperature-controlled rooftop infinity pool, and a sea-facing pool bar.

The hotel will be part of the USD 3 billion Marassi Al Bahrain development. It will have direct access to the yet-to-open beachfront mega-mall Marassi Galleria, a private shoreline stretching for a kilometre, and a two kilometre-long promenade as well.

Marassi Al Bahrain is a luxury development that will have premium homes, high-end shopping, leisure, and entertainment options. The development will include 6,600 apartments, 250,000 square meters of retail space, and the Marassi Galleria as well.

Marassi Galleria, set to open in 2022, will have attractions such as a 8,199 square metre Marassi Aquarium and Underwater Zoo, and the first ever Reel Cinemas in Bahrain.

In addition to the Vida Beach Resort, Marassi Al Bahrain will also feature a second hotel, the Address Beach Resort.

The National report notes that a number of other hotels also lined up for a launch in Bahrain. These include the Avani and Tivoli brands by Minor Hotels at Bahrain’s Bilaj Aljazayer, which will open its doors in 2024.

Elsewhere, luxury eco-resort Mantis Bahrain Hawar Island is also scheduled to open in 2024. The waterside Shangri-La Hotel Bahrain at the Bahrain Marina is also expected to open by next year.