Is technology crucial to UAE real estate’s road to recovery? 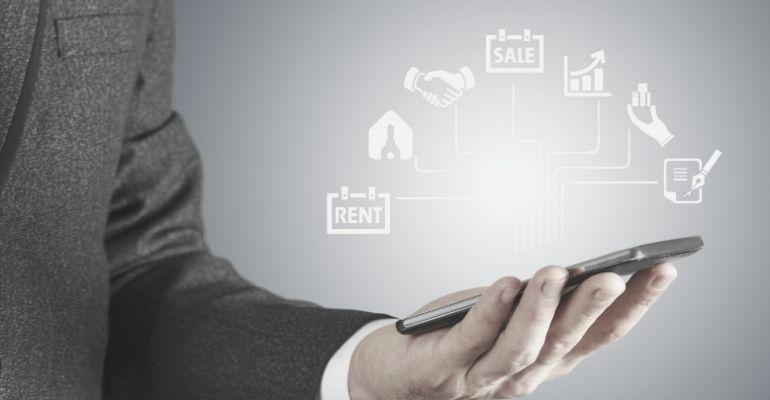 There are a multitude of pros and cons to increasing the use of technology in real estate, according to country experts.

At the onset of the pandemic, some industries in the UAE were arguably much quicker to adapt to the resulting changing circumstances than others. Technology played a huge role in helping businesses move forward; but some sectors were being better prepared than others.

Being a “people first” business, real estate has naturally been one to suffer this year; one that has been slow to embrace technology to improve sales.

That being said, had they been faster, would it have made a difference? Would more customers have been buying property in the UAE this year? Is technology key or crucial to real estate’s road to recovery?

The answer is not as straightforward as it is for other sectors, agrees a panel of experts appearing at Cityscape Summit 2020.

For example, one big thing that technology lacks is the emotion behind buying, renting or selling a property, says Abdullah Alajaji, founder of the Dubai-based Driven Properties.

“Technology hasn't come up with the property market in the same way that it has caught up with other sectors, and the reason is, there's more sentiment towards buying property,” he explains. “Big 'disruptive ideas' - the ones that will disrupt the way the real estate market and the agency model operates - are yet to be seen. We've seen the 'Ubers' and the 'Deliveroos' of the world disrupting certain sectors... When it comes to property, I think it will take a little bit of time to adapt.”

However, John Lyons, MD at Espace feels that major disruption in the Emirates isn’t necessary.

“I don't think technology will carry the same level of disruption as some people might expect compared to the financial services world, for example. Financial services are very different; there's not really an emotional transaction to selling shares,” he states. “There's a lot of emotion that goes into the decision-making process, and I really do feel that a broker is needed in this big life event of selling or buying a property. The broker plays a big part in taking that client through all the nuances that are in the market which technology cannot necessarily replace so easily. It's the emotional connection that technology will struggle with.

“It's about using technology to enhance what we do; not to completely disrupt the status quo.”

LAWS OF THE LAND

For Richard Waind, Group MD at Betterhomes, it’s a matter of psychology versus technology; real estate doesn’t require huge disruption, rather “low-value tech disruption” citing that while some younger generations might prefer to do everything online, other customers still prefer the one-on-one personalised experience of a broker.

Explaining why real estate has not been quick to embrace technology, he says: “[The first factor is] cost. In the UAE, real estate companies are still somewhat of a 'cottage industry'; the size of the companies are not the same as they are in the US, Europe or the UK, and that obviously puts a certain limit on it.

“There's also an interesting dynamic between brokerage and tech. We want technology that enhances the experience for both the customer and the broker, and make sure that we do the best job that we possibly can . But we don't want to disenfranchise ourselves, because we don't want the 'Ubers' of this world.”

An important factor Waind also cites is that territory, such as the UAE, has laws that require transactions to still be conducted in person.

“Laws need to be in a place that allow electronic transactions.”

One aspect all experts agree on is the fact that an increased implementation of technology will allow the industry to become more efficient.

"I'm going to suggest that technology will not replace the role of the real estate broker. I think everyone at this stage would share that sentiment,” says Lyons. “[But] I think that the industry is still quite cumbersome. I think that it should be an easier process to find, buy, sell or rent a property, and I think technology has a big role to play in making this a more efficient process.”

So, is the real estate sector doing everything it can to embrace technology at this stage? According to Carl Allsopp, COO at Allsopp & Allsopp, much more needs to be done.

“Quite frankly we've not done enough as a real estate industry; we've been too slow, we need to do more, and it's taken the pandemic for us to realise that we need to do more,” he says. “We as business for the last couple of years have been investing heavily in tech, trying to improve so many different aspects - be it the consumer side or agency side - but the reality is that it's still not enough.

“Being personally involved in transactions, I find certain aspects of a transaction still quite painful. We also need other parts of the sector - [such as] utility and telecoms - help us make sure the whole process of buying or renting a house is a lot easier.”

He adds: “Costs and time [is holding us back]. And that really isn't an excuse anymore.”

“The industry adapts and adopts more quickly to new technology when it needs to. So, I have found that although the industry has moved a lot since I've been here – I've been in Dubai for eight and a half years – it has definitely become much more important to what we do as real estate agents on a day-to-day basis,” he says.

However, he goes on to add that the sector needs to be quicker to adapt.

“The pandemic has shown that we aren't adapting to technology as quickly as we could; and I think the lesson that we can take from this year is, going forward, we should make more effort to adopt new technologies more quickly for the betterment of the industry.”

Ultimately, it is the consumer that has the power to create change, concludes Allsopp.

“People will remain, but technology will play a large part of a transaction. We as human beings expect things quicker, we want things more efficient, so why should you not want that in property? Why should you not want an easier transaction?” he says. “As consumers, demand more of us! Being so fiercely competitive, this will drive me, so the next 3-5 years [will see] the industry as a very different space to what it is today.”