Rise of vertical farming: A green investment for a greener future 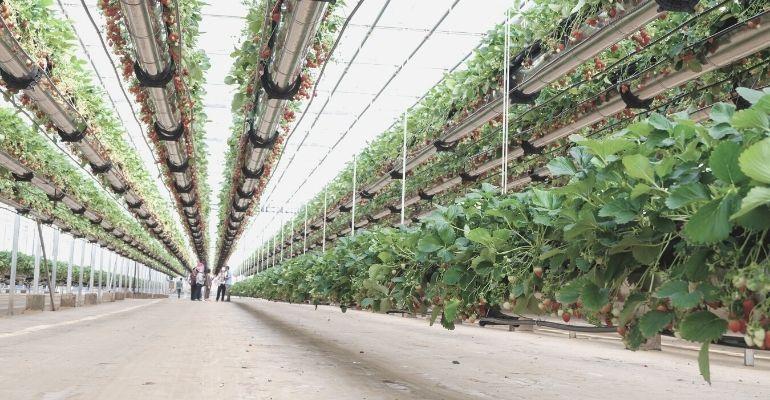 Vertical farming is gathering momentum around the world amid rising consumer demand for eco-friendly food and a growing corporate focus on smaller carbon footprints.

According to a JLL article on “Trends & Insights”, vertical farming is gaining interest amongst supermarket chains and venture capitals due to its smaller space requirements. By simply stacking soil on shelves, it essentially combines a greenhouse with a warehouse and uses LED technology and hydroponic systems to grow fruits and vegetables.

“The main advantage of vertical farming is the increased crop yield that comes with a smaller unit area of land requirement,” says Peter Davies, Associate at JLL Energy & Infrastructure Advisory. “It’s also very topical right now with the disruption from COVID-19 pushing countries to look for ways to be more self-reliant, not to mention growing consumer awareness over food miles.”

By 2026, the industry could be worth as much as US$12.77 billion globally, compared with US$2.23 billion today, according to Allied Market Research.

Many companies involved in vertical farming have ambitious plans. In the UK, Edinburgh start-up ‘Shockingly Fresh’ is looking to launch 40 vertical farms. ‘Plant Lab’ has just secured €20 million of investment to scale up its production in countries including the U.S. and the Netherlands while ‘LettUs Grow’ has secured £2.35 million in seed funding. Last year, Berlin start-up ‘Infarm’, which aims to deliver the required instore tech to supermarkets, raised US$100 million from venture capital investors including California-based TriplePoint Capital.

“It’s a similar path to that taken by independent breweries getting locally-made, premium-priced products on the supermarket shelves in recent years. The supermarket gets added appeal as a more in-touch retailer, while the start-up gains valuable exposure”, says Davies.

“Producing crops in controlled environments is fast becoming a major component of the grocery sector’s carbon-cutting efforts,” continues Davies. “Supermarkets are eager to reduce their carbon footprint by getting closer to their end consumer, as we’ve seen more broadly with the growth of last-mile logistics.”

A major reason for the popularity and success of vertical farms is the locally-grown-food credentials, although saving on packaging, energy, and water is also a factor for eco-conscious consumers. “People may be willing to pay a premium for fruit and vegetables which come with benefits such as a lower reliance on pesticides than mainstream produce,” says Davies.

Unlike outdoor farming, the carefully controlled climate conditions mean a regular output of select fruit, herbs, and vegetables. This results in the production and availability of seasonal fruits and vegetables year-round.

“There’s been a focus on high-value crops such as salad leaves and herbs such as basil and dill, in part because of the high initial outlay required on technology, from hydroponics to aeroponics or even aquaponics, where nutrient-rich wastewater from fish tanks is filtered,” adds Peter Davies.

Even when they’re up-and-running, today’s generation of vertical farms still has high operational costs for inspections, maintenance, and harvesting. Sustainable energy is also a must-have. As Davies says: “If the energy source is not clean, then this undermines the whole proposition.”

For now, commercial vertical farming may be in its infancy, but with urbanisation increasing demand for fresh food in cities and high rents in prime locations, it’s carving out a role in creating secure food chains.