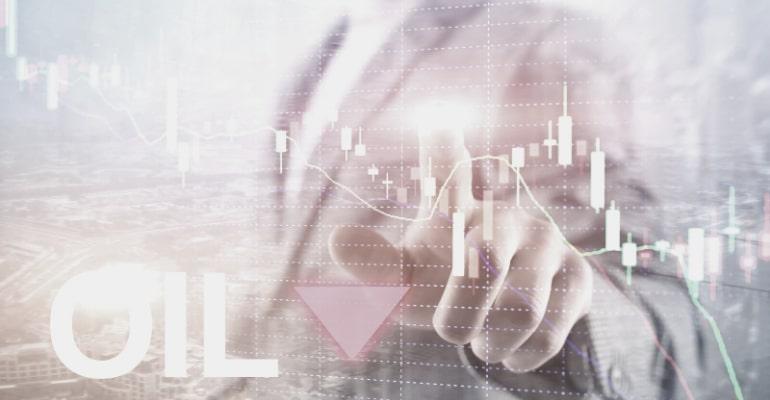 Investors are grappling with growing uncertainty as the coronavirus spreads beyond China, with most countries still in an early stage of contagion

Investors are grappling with growing uncertainty as the coronavirus spreads beyond China, with most countries still in an early stage of contagion. In addition, following last week’s inconclusive OPEC+ meeting, additional pressure is coming from the turmoil in oil markets, where both demand and supply outlook is changing substantially.

Having initially only accounted for spillovers from China, we now lower our growth forecasts for all major economies more substantially, factoring-in domestic weakness from the outbreak.

Our key assumption is that COVID-19, in a similar seasonal pattern to past epidemics, is contained in the spring, leading to a sharp recovery in H2 2020. But we note that there is significant uncertainty around the exact path of the epidemic and the potential success of containment measures taken by different countries, with some still in an early stage.

We think it is paramount that policy responds, to prevent a sharp hit to confidence that could generate recession risks. We have seen some early signs of that, although the response is by no means comprehensive at a global level yet. Given the sharp market correction underway, more aggressive response by policymakers has now become much more likely.

We maintain a balanced portfolio approach. While we choose to neither de-risk nor re-risk our portfolios at this point, we are closely monitoring both the evolving epidemic dynamics and the associated policy response to adjust our portfolio positioning accordingly - being conscious that in many countries, given the dynamics of the epidemic spread, news flow is likely to be negative for at least several more days.

Since mid-February, a clear trend has become evident: containment measures in China have proved successful, generating a substantial decline in new reported COVID-19 cases. Meanwhile, elsewhere,  the  growth in new cases is rising, with globally confirmed cases exceeding 100,000 on 6 March.

What looked initially like a largely local shock is turning global. While developments in China offer hope that the outbreak can eventually be contained, the level of uncertainty remains high, especially as many countries are still seeing the number of new cases rising. According to World Health Organisation (WHO) data, around 80% of new cases are currently coming from three countries: South Korea, Italy, and Iran.  In Korea, newly reported cases appear to be on the decline and provide, after China, a second example of effective containment measures. However, it is worth noting that many countries are still in the early stages of the spread of the epidemic and it is too early to tell how successful containment measures will prove in every country.

We continue to stress that an external shock of this nature should not typically result in a recession. An epidemic, like a natural disaster, can cause an abrupt downturn as activity shuts down, but the recovery can be just as sharp once the economy reopens. As February’s strong nonfarm payrolls in the US showed, the world economy was not particularly weak before the outbreak, nor vulnerable to a shock tipping it into recession. This is a key factor worth keeping in mind in assessing the path of the economy against the current backdrop.

However, even a transitory shock has the potential to trigger recessionary dynamics if it hits confidence so severely that domestic weakness becomes entrenched. This is where policy has a clear role in providing support that offsets some of the epidemic-driven weakness. While the typical monetary policy easing through rate cuts may be less effective, a mix of liquidity provision, fiscal stimulus and targeted measures to support particularly affected corporates and sectors, can offer a much- needed boost.

We have seen some policy response already, with the 3 March G7 statement offering a commitment to use all appropriate tools against downside risks and the unscheduled Federal Open Market Committee (FOMC) meeting on the same day announcing at 50bp interest rate cut. Other central banks and fiscal authorities are drawing up action plans and we think that the sharp market correction underway may help concentrate minds, increasing the focus on policy response and making more comprehensive and coordinated action likely.

While we do not expect a recession, the impact from the COVID-19 epidemic is likely to be substantial, at least in the near term. The economic effects of the outbreak are felt across several channels. Initially, for most economies, we focused primarily on the impact from  external   demand  weakness  –  as China was the only economy affected in a major way. We now account for a somewhat deeper slowdown in China. In addition, supply chain disruptions that increase the economic damage, given protracted shutdowns. And crucially, given the increase in cases seen around the world,  we now also need to account for a drop in domestic consumption, a confidence shock and, tightening financial conditions. As explained below, these effects are likely to be counterbalanced by policy response, at least to a certain extent.

In February, we revised our forecast for China’s 2020 growth to 5.4% with the expectation that Q1 2020 will show China’s first-ever quarter-on-quarter contraction. Incoming data, however, suggest that the hit to February’s activities was even more substantial than we initially estimated. To reflect this, we have lowered our expectation for China’s H1 2020 growth (with Q1 and Q2 forecasts downgraded). In Q2, the ricochet from a COVID-19-related shock in Europe or elsewhere may weigh on Chinese growth through weaker overall trade.

The silver lining of this likely drastic slowdown in first-quarter growth is that China has been surprisingly successful in its initial containment efforts. Daily new increases in China’s confirmed infections have slowed to a trickle after imposing aggressive quarantine measures on key cities over the Lunar New Year holiday. This creates an opportunity for China to enter spring with better control of the disease. As long as the country can avoid a second wave of infections once internal travel restrictions ease, or from foreign outbreaks, it will likely see a sharp recovery in the middle of Q2.

Now that Xi Jinping has reiterated the need to stabilise growth through policy measures, we expect the authorities to “go all- in” for the rest of the year and place the country on a better footing. Rate cuts (7-day reverse repos and 1-year medium- term lending facility rate), fiscal stimulus of around 2.0-to-2.5% of GDP, significant loosening of property sector restrictions such as curbs on home purchases, and healthcare and biotech infrastructure pushes, are expected. Credit policy will firmly shift from tightening to easing.

We also make larger revisions to our forecasts for other major economies. We expect significant impact on the euro area, where we forecast 2020 GDP growth to reach only 0.4% (from 0.8% previously), given the severity of the situation in Italy, the relatively limited room for policy response, and the large impact of external demand. In the US, we expect growth to be around 1.5% this year, from 1.8% previously, with the somewhat smaller impact explained by the lower reliance on external demand and the likelihood of more meaningful policy support. We also reduce our growth expectations for Japan, the UK and Switzerland.

We anticipate a broad-based policy response, as explained above, and a sense of “risk management” to drive early action by policymakers. We expect the Federal Reserve to cut its policy rate by a total of 100 basis points in H1 (another 50bp   to follow the recent 50bp cut). The European Central Bank is likely to cut interest rates by 10bp at this week’s meeting, and also to consider less conventional measures such as increased reserves tiering and liquidity operations for banks. The Bank of England is likely to cut its base rate by 50bp, as well as consider targeted credit easing measures, while the Swiss National Bank is likely to match the ECB’s 10bp cut and continue to intervene in the foreign exchange markets to prevent abrupt appreciation of the franc. The Bank of Japan will likely signal a straightforward move towards an ECB-like easing framework of “stick-and-carrot” approach to boost bank lending that combines a lending programme with deeper negative rates in a tiered reserve system.

The tone will be similar in emerging markets. Seven emerging market central banks will hold their scheduled policy meetings immediately before or after the 18 March FOMC meeting, from which another rate cut is widely expected. We see almost all of these central banks following the US Fed’s recent easing with cuts to their respective benchmark rates. Countries such as South Korea are also drawing up plans for an emergency budget to help the fight the virus.

A key market development against this macroeconomic backdrop is the sharp drop in oil prices following last week’s inconclusive OPEC+ meeting, and the signs of an ensuing price war stemming from the Saudi-Russian disagreement. Given over-supply in the short term, we should not be surprised with spot Brent crude prices hitting USD 30/bbl, or even lower.

Medium-term, the end of the OPEC+ alliance would be a game changer for the market structure that should lead us to adjust our fair value lower. While this will be beneficial for net importers such as the euro area and China, it will pose risks for oil exporting countries that are forced to cut public spending and to the US shale sector where companies may face serious default risk. However, it is worth keeping in mind that the share of the US Energy sector in the High Yield market is significantly lower than it was in 2015, making up about 6.5% of Global High Yield indices. Meanwhile, the large refinancing needs of shale companies will mostly materialise in 2021-22. Finally, we do not expect a repeat of the 2015-16 scenario in terms of cross-market spillovers, given the Fed rate cuts, the weakening USD, and the large forthcoming China stimulus.

We maintain a balanced portfolio approach, with a mix of risk assets that are likely to perform well in a   recovery  scenario and safe assets such as gold and Treasury bonds that protect portfolio performance during market downturns. True, earnings growth, which was just recovering from the  trade war last year, will be negatively impacted, mostly in Q2 for developed markets. But the economic catch-up expected for H2, combined with even more supported valuations after this wave of monetary easing, translates into significant potential upside in equity markets in the medium term.

While we choose to neither de-risk nor re-risk our portfolios  at this point, we are closely monitoring both the evolving epidemic dynamics and the associated policy response, being conscious that in many countries, given the dynamics of the epidemic spread, news flow is likely to be negative for at least several more days. If the situation shows signs of containment and policy response is reassuring, we would aim to neutralise our equity exposure from its slightly underweight current position, once signs of stability start to appear and we gain some confidence that new reported cases in most  countries are on a downward trend. By contrast, if the spread of the epidemic takes a turn for the worse and policy response proves insufficient we would be willing to reduce overall portfolio risk.