Why London offers many opportunities for UAE real estate investors 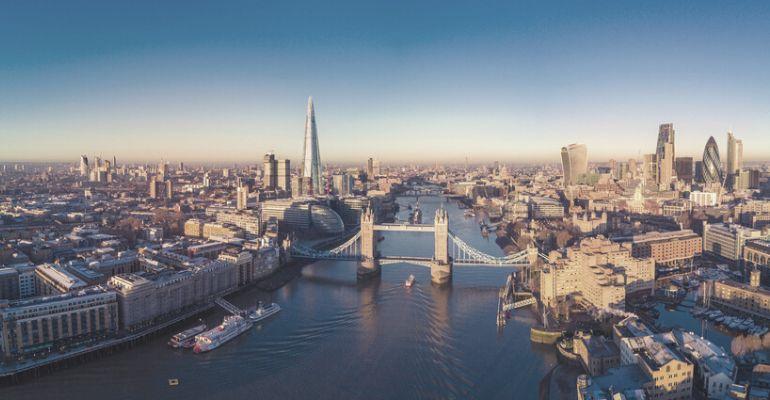 UAE-based property investors looking to capitalise on the positive returns the UK property market offers may be surprised at the variety of options in London. Stuart Leslie, International Sales and Marketing Director at Barratt London, outlines what savvy UAE investors can expect to pay for areas in and around London.

Firstly, it’s important to understand today’s London property market. The UK real estate industry, particularly London, is known for its resilience. We’ve also seen our reservation rates increase by 35% year on year, especially from middle eastern buyers. This underscores the continued interest in real estate in the capital, a result of good returns and the general stability of the market. 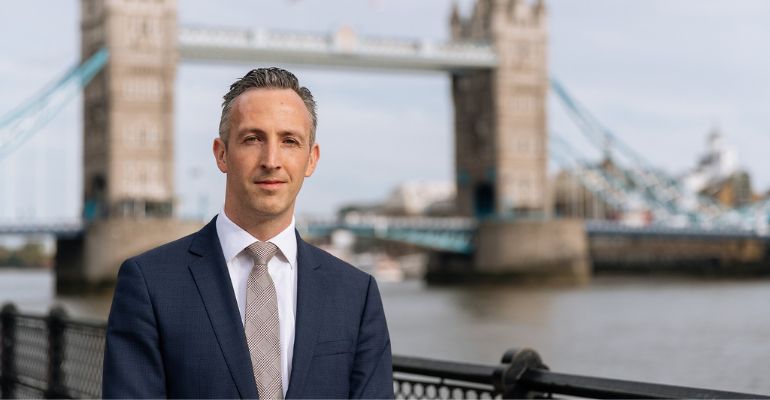 LONDON IS A KEY GLOBAL MARKET

Undeniably, London is one of the most important cities globally. With its culturally diverse population, the UK’s Capital is the second biggest financial and business centre in the world after New York, drawing some of the world’s best corporate talent and commercial organisations, as well as its unique heritage and world-class universities which are held in high esteem throughout the Gulf region.

Forecasts from many estate agents would suggest buyers will continue to see positive capital gains in the long term. Whilst the broader UK market has seen massive house price inflation of well over 10% in the last year, the capital saw the lowest regional price growth over the past 12 months, leaving a massive opportunity for buyers to take early advantage of expected house price growth.

LOOKING OUTSIDE A ZONE 1 BUBBLE IN LONDON

While demand for more traditional locations in central London, including Chelsea, Belgravia and Knightsbridge, continues, areas in Greater London, referred to as Cinderella boroughs have spiked, due to the transformations taking place. These suburbs are flourishing, with people willing to move further away from the city centre in search of more space and improved quality of life. With regeneration happening in areas such as Acton, Wembley, Harrow, Mill Hill and East Ham, we expect prices to rise in the outer zones over the next decade.

From an investment perspective, prices in these locations have yet to reach the highs of central London and are returning yields of around 4%, so they are proving popular with investors looking to benefit from returns far outpacing any other investment vehicle. Several locations are currently enjoying rejuvenation; however, here are my top tips for investors looking to take advantage of higher-yield products or those looking to put down roots in London.

Our research has revealed investors from Kuwait and Bahrain made up the majority of interest in the lower-price-point, higher-yield products. However, demand has increased from investors from Saudi and Qatar, traditionally focused on prime central areas. UAE investors tend to be expats looking to put down roots in London.

Despite being extremely well-connected with no less than seven tube stations, the average house price in Acton remains considerably more affordable than its neighbours: 9.2% cheaper than Ealing and 36% cheaper than Hammersmith. A recent report from CBRE predicts capital growth to increase to 21% while rental yields increase up to 15% in the next five years. This is mainly due to the Crossrail opening, meaning services from Acton Main Line station will give even faster journey times of nine minutes to Bond Street and 23 minutes to Canary Wharf. As an active regeneration area, schemes like our Western Circus development in East Acton, feel increasingly upmarket compared to previous years, as affluent buyers from neighboring Chiswick expand their buying borders to get a rung on the ladder in leafier pockets of London. 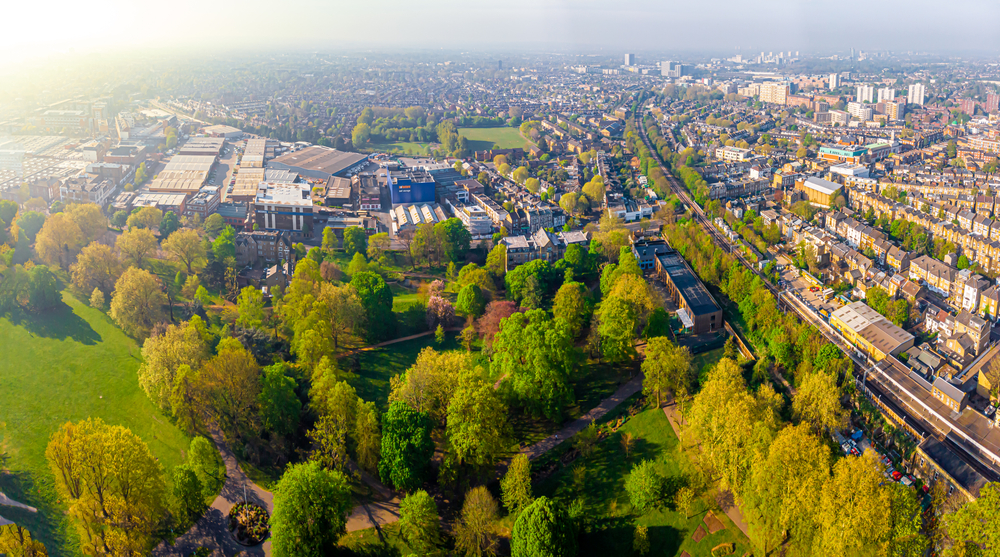 According to Rightmove, the average home in East Ham is over 49% cheaper than the overall London average at just £408,451 (AED 1,960,564) (compared to £675,263 (AED 3,241,262). It is one of the most affordable locations in Newham yet sitting in the top four boroughs for the highest volume of new-build homes currently underway. One such scheme includes New Market Place, located in the centre of East Ham.

Buyers are clocking on to this hotspot; now is the time to buy here to see the most capital gains. The vibrant community of East Ham has lots of personality too - it's a Zone 3 location that is going up in value fast. The borough has the youngest population in London, yet it’s the fastest growing area of the capital, according to the Office of National Statistics. High streets are buzzing with life, perfectly capturing London’s diverse landscape and growing hipster scene. East Ham has experienced positive yearly house price growth of 2% compared to its neighbours like Hackney, who saw a reduction in values by 3%.

One of the most affordable places in this leafy North London borough is Harrow itself, where prices are rising yearly but only modestly at 3% compared to its more expensive neighbours like Stanmore (9%) and Finchley (4%), as gentrification still beds in. Early-bird buyers have the best opportunity to buy affordably here and feel the benefit of capital growth as thousands of new homes, gyms, cafés, restaurants, and a supermarket are all being delivered through a £1.75 billion (AED8.4 billion) regeneration initiative by Harrow’s council.

Situated in Zone 5, but with Zone 2 travel times, Harrow is already a fantastic place to live, with lots of green space and 98% of its schools judged as either Good or Outstanding by Ofsted; Harrow School is one of the few schools in the UK to have educated alumni including British prime minister Winston Churchill, the current Emir of Qatar Sheikh Tamim bin Hamad Al Thani and celebrities such as Benedict Cumberbatch and Richard Curtis. Homes at Eastman Village start from £296,000 (AED1,420,800) for a one-bedroom SMRT apartment. 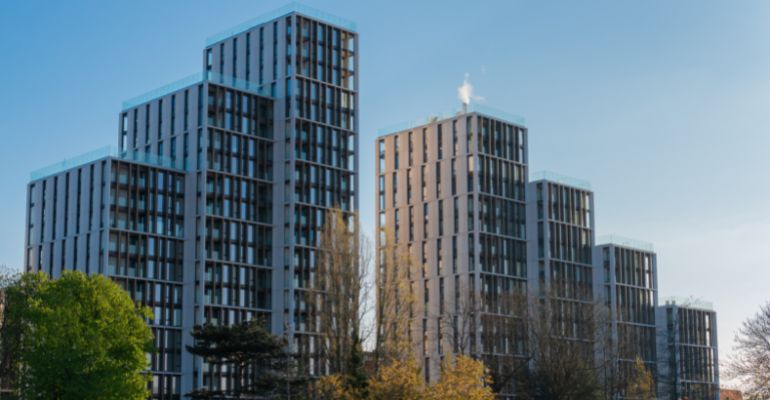 Tooting, in Wandsworth, has shown increases of just 2% over the past five years despite being on Lonely Planet’s list of the world’s 10 Coolest Neighbourhoods. But its Cinderella days may soon be over. Springfield Place, Barratt London’s development in Tooting – priced from £455,000 (AED2,181,636) is also nearby to desirable neighbourhoods Earlsfield and Wandsworth. According to Rightmove, the average price for an apartment in Tooting stood at £480,271 (AED2,305,301) compared to £548,911 (AED2,634,773) in Wandsworth and £517,020 (AED2,481,696) in Earlsfield in 2022, making the desirable southwest London lifestyle a more attainable goal.

Overall, a strong sales performance in the last few months has indicated that we’re pretty much back to pre-pandemic sales levels. For investors looking at the UK, particularly London and the surrounding area, I recommend adopting a long-term view. In the last 20 years, London real estate prices have almost quadrupled based on the UK Land Registry data. Despite the economic challenges witnessed during that time, the real estate market has always prevailed, underscoring its resilience and popularity.

London’s Oxford Circus to be transformed into pedestrian-friendly zones
Jun 24, 2021

Are citizenship by investment schemes in the EU nearing the end?
Jun 23, 2021