Egypt’s industries are an economic backbone: Minister of Trade and Industry 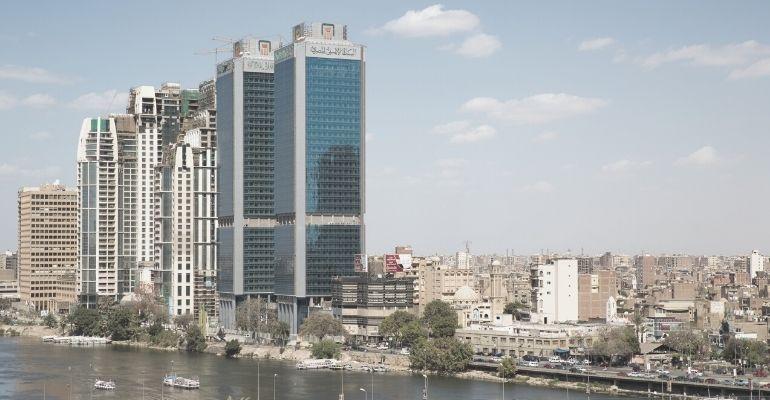 In a recent statement, Minister of Trade and Industry Nevine Gamea drew attention to fresh priorities for Egypt’s industries.

Egypt’s Minister of Trade and Industry Nevine Gamea highlighted the role of Egypt's industries  in the recovery of the country’s economy, Egypt Today reported.

The minister noted that Egypt was one of the few countries to record an economic growth (3.57%) for 2019-2020, with Egypt's industries being its biggest contributor.

Gamea also said that the industrial sector was a powerhouse of economic growth, with a GDP contribution of 17.1% for the period, compared to 16.4% in the previous year.

Further, Gamea underscored the performance of the manufacturing sector in Egypt. The sector grew by about 1.4% during 2019-2020. While this was a drop from 2.8% in the previous year, Gamea noted that the positive growth was indicative of government measures to support Egypt's industries during the global economic crisis last year.

PHASE 2 OF REFORMS FOR EGYPT'S INDUSTRIES

After the success of phase one of Egypt’s National Structural Reform Program, the country launched the second phase in 2021, Gamea said. Between March 2019 to May 2021, Egypt launched 541 measures to support the economy during the crisis.

Under the second round, Egypt aims to grow its GDP to 6-7% over the next three years. The second phase of the reforms focus on increasing the competitiveness of key sectors, including manufacturing, agriculture, and ICT.

Specifically, the second phase of the program will look to increase investments in the manufacturing sector sustainably, Gamea said. It will also look to grow its contributions to the country’s GDP, localise and deepen industry, localise and integrate supply chains into global and regional value chains, improve the international competitiveness of manufacturing, and boost industrial exports.

The program is launched keeping in mind specific players in Egypt’s industries.

"The program targets the food industries, the pharmaceutical industries and medical supplies, the textile and ready-made garments industries, and the engineering industries that include cars and household appliances,” Gamea said.

Further, Gamea added that developments were in the pipeline on the legislative, procedural and digital fronts to support imports and exports.

Finally, the minister noted that Egypt envisioned an integration with production and value chains, both global and regional, with a focus on Africa. This was in context of trade commencing in January this year under the African Continental Free Trade Agreement.