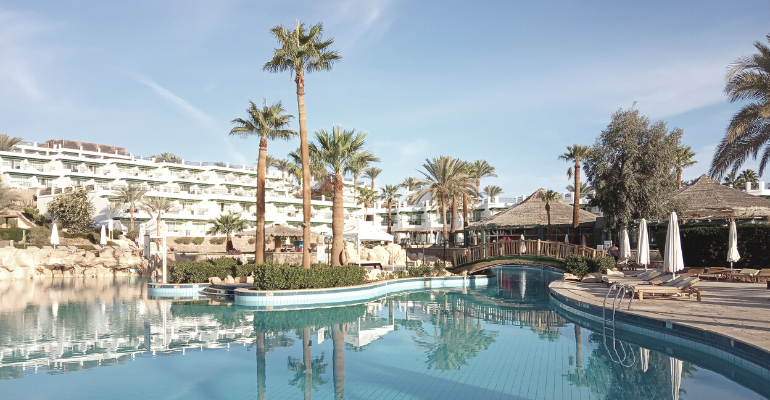 JLL’s Q2 2022 Cairo Real Estate Market report highlights an increase in occupancy rates in the hotel sector in Cairo and looks at the latest updates across the property sector in Cairo.

Even with a limited supply pipeline, Egypt’s hospitality and tourism sector is attracting significant interest from international operators, which could lead to new project announcements across the city.

This according to the latest Cairo report by real estate consultancy, JLL, who revealed that nearly 600 keys are expected to be delivered by the end of this year.

With the completion of the construction of the Grand Egyptian Museum in September this year coupled with the government’s efforts to boost tourism in the form of visa reforms and marketing campaigns is likely to pave the way for an influx of tourists and investors in the years ahead.

“The Egyptian government's ongoing efforts to boost inbound tourism, contain inflation, and strengthen its focus on high-value markets in Europe and the US are reflected in the hotel industry's sturdy growth levels. We anticipate that all segments within the real estate market will benefit from the positive sentiments fostered by these initiatives, further resulting in an improvement in domestic demand while attracting a flow of sizeable foreign investments in the years to come,” said Ayman Sami, Country Head, Egypt at JLL.

According to Sami, the second quarter saw the hotel sector in Cairo further turn corners with occupancy rates climbing to 60% in the first five months of 2022, almost double the level as compared to the corresponding period of last year which stood at 32%. “While the total stock remained unchanged owing to no new project completions during the second quarter, almost 600 keys are expected to be delivered by the end of the year,” JLL revealed.

Although, says JLL, over 220,000 sq. m. of retail space is anticipated to be completed in H2 2022, operational delays are estimated owing to the current scenario, impacting the pipeline of projects.

“Against the backdrop of the prevailing economic climate, majority of international landlords who operate large malls in Egypt provided a reprieve to retailers by employing flexibility during negotiations to maintain their occupancy rates and footfall alongside other strategies such as revenue sharing, attracting strong brands, and expansion of F&B offerings to further enhance earnings,” the JLL report revealed.

Interestingly notes JLL, Egypt’s retail sector saw a jump in the cost of goods across all categories, leading to increased consumer focus on essentials. Concepts such as ‘valU’, gained traction not only due to the reduction of the burden of paying for goods upfront for consumers but also by helping large retail partners to grow their sales while inducing customer demand.

The second quarter saw the completion of approximately 4,000 residential units, bringing Cairo’s total stock to 234,000 units; and in terms of upcoming supply, almost 16,000 units are expected to be delivered in H2 2022.

“In addition to the above, activities in the residential sector slowed down in Q2 2022, which had an impact on developers. As a result, some developers resorted to raising their asking prices to negate the higher cost of construction materials and building machinery. This was also done to generate cash flow to manage expenses associated with ongoing projects and enable themselves to continue to offer attractive incentives to new buyers. Certain developers, however, chose to put new project launches on hold until the current economic situation stabilizes,” revealed JLL.

Although there was a visible increase in enquiries for office floorspace in the capital, few translated into transactions owing to the uncertainty stemming from the recent devaluation of the Egyptian pound and inflationary pressures, says JLL. “This also prompted landlords to increase rents to help manage cash flow and liquidity issues while sustaining business activities, consequently leading occupiers to seek smaller fitted-out units to reduce operational costs. The demand for flexible working and co-working spaces continued to fortify, owing to the growth in start-ups, freelancing, and the adoption of ‘work-from-anywhere’ policies by some corporates, further propelling a number of major flex-space operators to announce expansion plans in the city,” the consultant revealed.