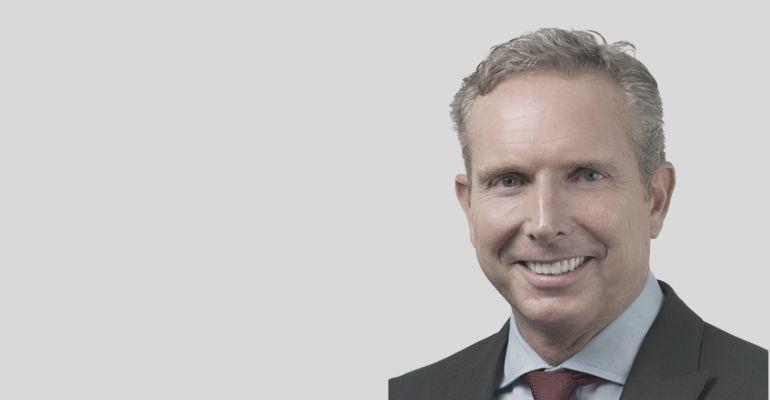 Ian Albert, CEO at Colliers, MENA, discusses the future outlook for Dubai’s property market amidst “outstanding numbers” and a pressure on prices.

Dubai’s property market has been seeing a number of highlights during the year so far. From signs of a “remarkable rebound” by June 2021, to residential sales reaching record levels in Q2, the sector has somewhat recovered from the shockwaves of 2020.

BS: We've got some numbers out there about the rise in residential property values that we've seen in Dubai, just under 12% [reported by] Property Finder. How much has real estate actually risen so far in 2021?

IA: If you compare 2021 to this time last year in a year-on-year [comparison], I think [Property Finder is] probably right in terms of the 12%. Over this year we've seen much more than that. So for this time, if you compare villa prices on average, [it's] probably at about 25%, and apartments about 7-10%... We're beginning to see a bit of a slowdown and decline, but there have been some outstanding numbers this year. The big standouts at the far end of the scale will be placed at Palm Jumeirah, with 55-80% growth year on year, and then Jumeirah Islands, Arabian Ranches, and Jumeirah Park coming in around 30-50% increases year on year, which is pretty significant.

BS: How much can we put down to the lower cost of buying low-interest rates, and changes to the loan to value ratio?

IA: It's absolutely one of the critical figures. This time last year, it was all about that 'race for space' people wanting to get out of apartments, or wanting to build bigger gardens, or apartments with balconies. That race for space was certainly the first instigator, but if you look at it now, finance is at the cheapest rates since about 1996, which is an incredibly long period… I think from that point of view, we are seeing this buildup of savings that happened during COVID-19, we're seeing a desire for a race for space, and we're also seeing a bit of a Sunbelt issue, which is the COVID response [to the property sector].

BS: How much higher can these prices realistically go?

IA:  I think we're probably reaching that flex point right now. The affordability gap is closing quite significantly. I suspect we might still see some outstanding purchases at the top end of the scale if you've got some wealthy individuals coming in. But I think we're pretty much capped out. We'll see maybe a little bit more of a rise, but the affordability gap, as it widens between what people are prepared to pay and what purchasers want, is beginning to go too far apart at the moment. There's definitely a slowdown. A lot of [clients in the mortgage world] are saying that the volume of requests is still there, but it's now at a much lower price point level. I think that's an indication that the renters are still moving around in the market, they're still looking to upgrade, they've saved some cash during COVID-19. But we're probably on a slowdown now.

To be fair, we're not alone in this. Dubai is not the outlier. Average house prices in the USA rose by about 16-22% average across the country which is significant, but you've got a standout in there. Austin, Texas is probably their big standout at about 40-45%. Australia, across the board, is around about 16% increase, but you've got places down in Byron Bay and [areas] just south of Sydney coming in around 34%. The UK average is around about 9-10% average for the last 12 months, but if you pick out some standouts there, you've got North Cornwall and coastal areas down there at around 35%... So we're not alone in terms of seeing this dramatic surge in prices, because it's a catch up. But there are more numbers to sit behind them as well, we've also got issues with supply because nothing could be built in the last 12-18 months. Nonetheless, I think we're reaching that point now we're going to see a slowdown in the increases in price we've seen.

BS: Rents, anecdotally, are rising here in Dubai but at nowhere the speed that we've seen property prices rise, which obviously affects the return that landlords are able to get on their property. Could that put a brake on sales as well?

IA: I think investors take a slightly different viewpoint, it's about leverage in finance for them. If they're borrowing at a low finance rate, because the LTV changes as well, if I've got 100, I can split that at 25% between four properties. Overall the residential market is still an attractive component for investors. What we haven't seen in the region, really in any significant form, is what we're seeing in Europe and in the US, where a lot of the institutional investment is moving into residential. I think if we look at institutional investment in residential assets in 2015, they've gone up from 10% of the total amount invested to 30% in 2020. It was always the poor cousin of the institutional market but the actual fact is that it's turned out to be less volatile, more secure, and you can collect your rents easier than perhaps you could do in the retail sector or the office sector.

BS: Is that internationally so, because commercial opportunities are less attractive?

IA: There is obviously a lot of reconfiguration in the way that institutions are looking at their investment spread. If we look at the last 18 months, I take Ireland for example, 78% of all commercial and residential institutional investment into Ireland came from overseas, a lot of it from American corporations. More recently, taking Ireland again, Roundhill Capital bought a brand new housing estate, about 120 units outside of Dublin, in one go, because they see that as an institutional play. We see it in the US, we see it in Canada. We've also got aged living and retirement living that comes into play as well. We haven't had it here, but it could come into play quite easily. It could drive prices a little bit higher, but it really depends on the developer and the investor profile.