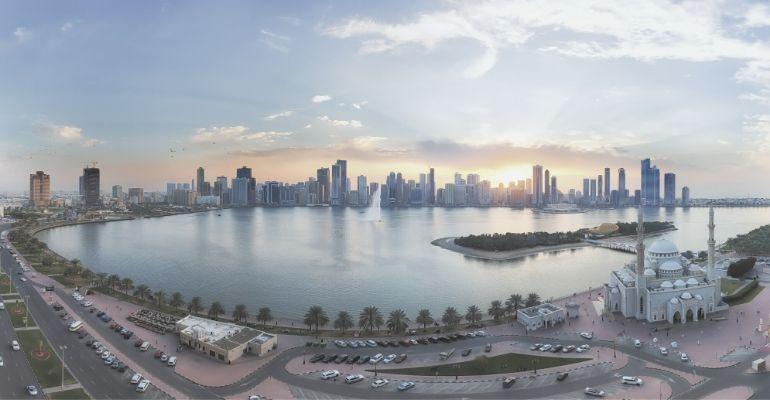 The AIIID’s headquarters shall be based in the City Sharjah and may establish branches within and outside the Emirate and upon the approval of the Sharjah Executive Council (SEC).

H.H. Dr. Sheikh Sultan bin Muhammad Al Qasimi, Supreme Council Member and Ruler of Sharjah issued Decree-Law No. (1) of 2020 on the organization of the Authority of Initiatives Implementation and Infrastructure Development (AIIID) in the Emirate of Sharjah, "Mubadara".

The AIIID’s headquarters shall be based in the city Sharjah and may establish branches within and outside the Emirate and upon the approval of the Sharjah Executive Council (SEC).

The Decree-Law included a number of competencies necessary to achieve the Authority's objectives and carry out its functions The new Decree-Law also stated that the Director-General of the Authority of Initiatives Implementation and Infrastructure Development (AIIID), "Mubadara" shall be appointed by an Emiri Decree, assisted by a sufficient number of employees and experts in accordance with its organizational structure. He shall have the necessary authority and powers to manage the Authority's affairs and take the needed decisions to achieve its various goals.

At the suggestion of the Authority’s Director-General and the approval of the Sharjah Executive Council, the organizational structure of the Authority will be issued by Emiri decree.

The Decree-Law defines the financial resources of the Authority, including the government allocation, its own revenues as a result of exercising its powers, the Authority’s investment proceeds; as well as any other resources approved by the Ruler of Sharjah.

The Authority may borrow and request bank facilities to finance government initiatives and projects.

The Authority shall be exempted from all local government taxes and fees in all its forms and manifestations, with the exception of consumption charges.

The Sharjah Consultative Council shall be notified of this Decree-Law immediately upon its convening.

The Decree-Law is effective from the date of its issuance and other competent authorities should implement its provisions each in its respective field and shall be published in the Official Gazette. Any provision contrary to its provisions shall be repealed.

This article is from Emirates News Agency (WAM).