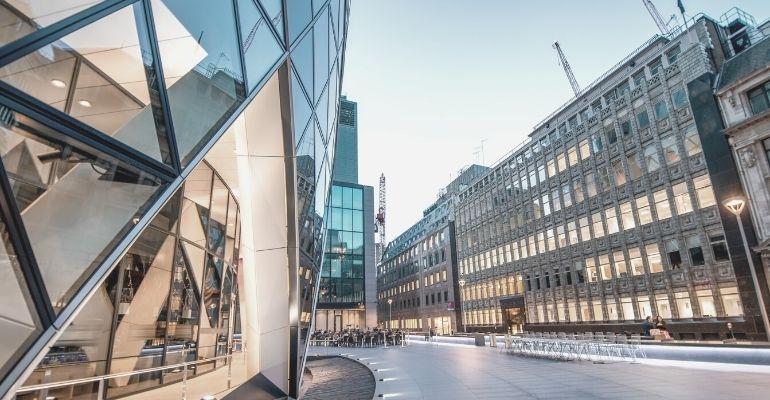 Despite the effects of Covid-19, the region is expected to invest a significant amount of capital into the UK’s office market, according to Knight Frank

The real estate industry in London has taken a beating over the past twelve months, from the uncertainty caused by Brexit to the impact of Covid-19. Investors are now, however, looking at long term investment in property in the city, instead of putting faith in the city’s capacity to bounce back.

WHY IS LONDON STILL POPULAR?

Last year saw the biggest increase in vacant shops across the UK in over a decade according to the country’s Royal Institution of Chartered Surveyors (RICS). It was the biggest spike seen since the 2008-2009 financial crisis. According to the body, this was caused by a boom in e-commerce, caused by Covid-19.

Moreover, according to the UK’s Office for National Statistics, there was also a dip in demand for office space, with around 45% of adults working from home in June 2020, and again in the country’s second Covid-19 lockdown, in January 2021.

Indeed, Faisal Durrani, the head of London commercial research at Knight Frank said that “the [Covid-19] pandemic will likely go down as one of the greatest disruptors commercial property has ever seen.”

Which raises the question, why are investors in the Middle East still willing to put their dollars in the UK office market?

According to Knight Frank, the reason some of the world’s biggest investors are willing to buy UK property is that London still maintains a reputation as a world-leading safe haven for investment. Moreover, the fact that a Brexit deal has now been agreed and acted upon, has also strengthened faith in the market, according to the industry body.

“Despite the UK’s lockdown restrictions and the impact on global travel due to the pandemic, London’s appeal remains unwavering to global investors,” said Durrani.

“This continues to be the case for Middle East investors who have spent USD 22.6 billion over the last 10 years on London offices, accounting for just over 10 percent of all London office investment,” he continued.

Aside from the Middle East, other key investors expected to buy up property in the UK capital this year include China, Hong Kong, Taiwan and Singapore, said the Knight Frank annual London report.

According to the report, one of the more positive impacts caused by the global pandemic is the renewed focus on office spaces which place wellbeing and sustainability at the core of their model.

Knight Frank said it expects to see an increased demand for these “prime” office spaces, increasing their demand, pushing up their cost. “Once you factor in a requirement for buildings to meet increasingly ambitious ESG [Environmental, Social, and Governance] credentials, it is clear the volume of office space available to satisfy the demand for prime office space is limited," Durrani said.

According to the body, the demand for green office will also create a wider gulf between green office spaces, and lower second-rate buildings, which do not focus on factors including employee wellbeing and the environment.

Despite supply being limited, London does boast one of the highest numbers of green office buildings in the world, with almost 3,000 situated in the UK’s capital.