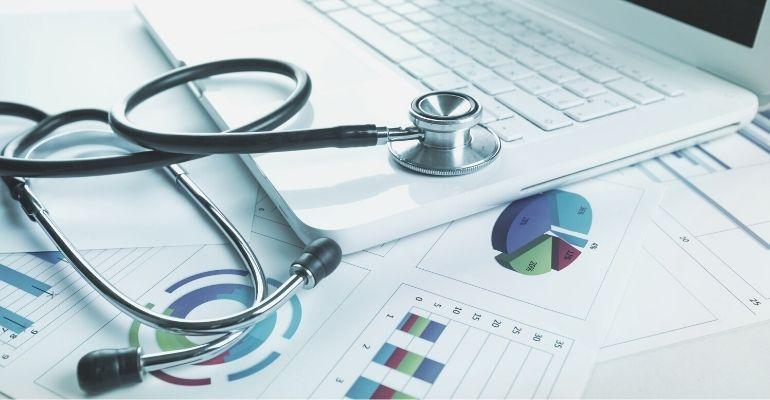 Youcef Betraoui, CEO of Land Sterling, takes an in-depth look at the Kingdom of Saudi Arabia’s healthcare sector and the opportunities it presents for real estate investors

The Kingdom of Saudi Arabia (KSA) is the largest country in the GCC, with an estimated population of 32.6 million people.

The nation is undergoing fundamental institutional reforms in all industries, including healthcare, as part of Vision 2030. Population demographics are expected to change, with the ages of 40 and 59 rising by 1.5 times and ages over 60 increasing by more than three times. This would boost the need for health-care facilities and expand the need for specialised care.

Due to this changing age profile, KSA requires a significant number of Long-Term Care (LTC) implementations. The government is looking for private-sector hospitals that specialise in long-term care to refer their patients who need long-term care. In the extended care sector, there are substantial prospects for real estate investors and developers, but realising these prospects will need increased collaboration and service integration among industry players, including healthcare providers and most significantly, regulators. Extended care facilities often have a lower built up area per bed than standard healthcare facilities, which can lead to a greater return on investment (ROI), Lower capital expenses imply a quicker return period as compared to traditional hospital investments.

Healthcare is one of the key aspects of Vision 2030 and the National Transformation Program (NTP 2020), which aims at improving healthcare systems and facilities throughout the Kingdom. A patient's medical demands fluctuate throughout their lifetime, beginning with preventative care, need-based medical intervention and several other services such as rehabilitation, long-term care, elder care and end-of-life care. According to a recent Gulf Cooperation Council (GCC) survey, Saudi Arabia plans to invest SR 250 billion ($66.67 billion) in healthcare infrastructure and increase private sector involvement from 40 percent to 65 percent by 2030.

Fast food is convenient, unhealthy choices are delicious, and hustling routines do not give much opportunity to exercise. Though people know these are poor decisions, which adversely influence wellbeing, a clear and prompt motivation for people to make the transition is required. This lifestyle increases the demand for surgical daycare centers, due to increase in frequency of number of diseases such as diabetes, obesity, depression, strokes, cardiovascular diseases, blood pressure and such which do not need treatment in typical hospital set-ups. According to World Atlas statistics, Saudi Arabia is one of the world's most obese regions in the gulf. 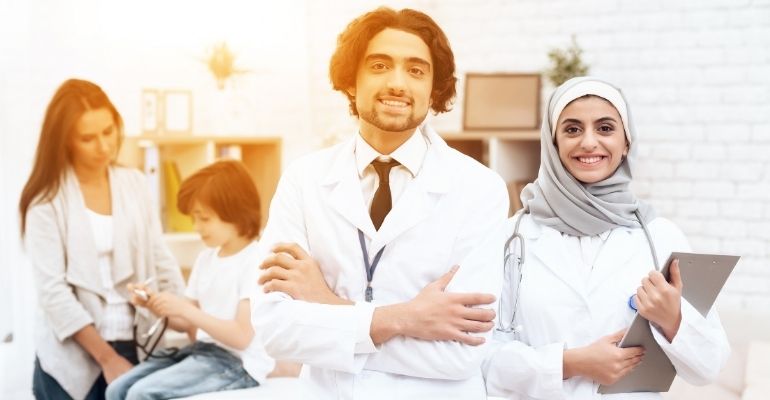 To address the rising population demand, the nation requires more primary health clinics and medical centers, establishments for ophthalmology, cosmetic procedures, IVF, and orthopedics, especially in Riyadh and Jeddah. With huge projects like NEOM set to change the dynamics of business, spread over 10,000 sq. miles, will introduce a unique and new lifestyle. The city linking the kingdom to Jordan and Egypt, will pave a path for new opportunities in all business sectors including healthcare and biotechnology. NEOM will be a modern nexus for this critical practice and extensive study, with an emphasis on next-generation gene therapy, genomics, stem cell development, Nano biology, and bioengineering, as well as recruiting talent to research, grow, and apply new technology.

Saudi Real Estate Investment Trusts (REITs) have more prospects than their global counterparts do. Economic activity in the kingdom is picking up, so rental income for REITs is projected to rise in the near future. Since the output of the real estate industry and REITs is directly proportional, the REITs business is likely to remain intense. However, the government's attempts to encourage affordable real estate, as well as the replacement of the value-added tax (VAT) with a transaction tax, could improve the residential and commercial real estate markets, benefiting REIT funds exposed to these sectors.

The current dilemma which foreign companies face, in the kingdom, pertains to legal, labor and transparency challenges, which is steadily improving. Public-Private Partnerships (PPPs) are a good way to alleviate government constraints while also facilitating increased private investment and involvement in the economy. For decades, Saudi Arabia has used public-private partnerships (PPPs), which combine government agencies with private firms that are aligned in respective sectors. Saudi Aramco, Saudi Airlines, SABIC, and the Haramain High-Speed Railway are a few of the well-known names active in recent projects. PPPs and expropriation of public property is seen as a crucial step toward changing the way the government operates in line with Saudi Vision 2030. 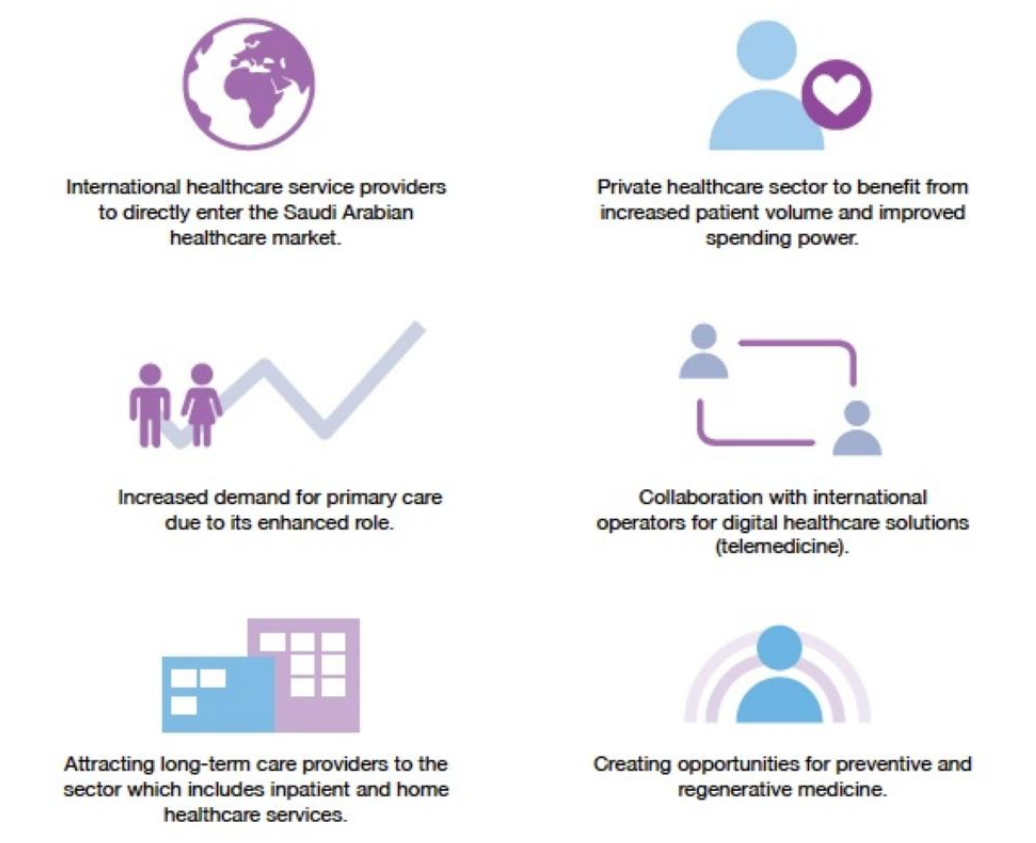 The extent to which public and private foundations can collaborate to create a framework that benefits the local population's well-being and prosperity will determine the market sector's fate. One major challenge is shifting the government's position from implementer to regulator, as well as promoting greater private-sector participation in the kingdom. The privatisation of hospitals would provide government and national benefits and help to speed up decision-making, reduce the government's annual health-care spending, generate additional revenue for the Ministry of Health, and improve health-care facilities.

So, what is our take on the potential opportunities that arise? Land Sterling is in discussions with potential investors and operators about joining the KSA market, where returns can be achieved across a variety of platforms ranging from traditional real estate alliances and built-to-suit acquisitions to long-term strategic partnerships. They strive to improve the use of relevant data and awareness for investors’ worldwide, offering reliable information and leading them to ideal investment opportunities.