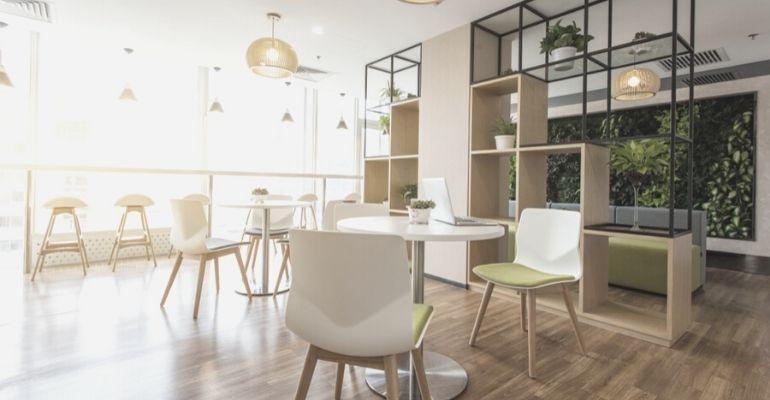 With COVID-19 impacting every sector of society, commercial real estate has been no exception. Experts discuss how the workplace has evolved, and what 2021 holds for the future of commercial spaces.

The COVID-19 outbreak has resulted in a much more flexible and agile workplace; a model that will continue to be implemented in a post-pandemic world, attendees heard during Day One of Cityscape's Real Estate Summit 2020.

Therefore, as a result, is commercial real estate under threat going forward?

According to one speaker, Dubai has been less affected than other territories.

Citing the relationship between residency visas and work permits, and the quantity of space which is occupied, Nicholas Maclean, Managing Director at CBRE MENATs believes that the emirate has important advantages.

That being said, the way that the world works could change permanently.

“The impact on the office market here is less significant than in other markets,” he noted. “Globally, COVID-19 [has] allowed people to reassess what they do well and not, and how to improve the efficiency of what they deliver. It has been a catalyst for creating a better-quality product going forward.”

Riad Thoumas, ME General Manager at WeWork, agreed it has been a catalyst, with the commercial workspace industry drastically changing, compared to the past “100 years” during which it was stagnant.

A shift in the types of companies looking for flexible workspace was also indicated by Thoumas – from start-ups, freelancers, and small and medium enterprises (SMEs) to larger corporates.

BEST OF BOTH WORLDS

However, having the workspace evolve does not spell the end of physical space. For example, Emrah Yar, Head of Commercial at Allsopp & Allsopp, believes that companies are upsizing and expanding.

“We have just taken on our fifth office location,” he added. “There is a lot of change. We have had a lot of investors come in looking for rented units or return on investment (ROI). Many people look at it as an opportunity.”

Maclean added that occupier choices were becoming much more discerning, with a movement within the marketplace towards better-quality accommodation, often for a lower price.

“But we do not see the volume of accommodation declining,” he said.

Ultimately, Thoumas predicts a hybrid model of in-person and remote working going forward, following a survey WeWork conducted which found that 90% of those polled wish to go back to the office at least once or twice a week.

Around 20% chose the office five days a week.

“It is unrealistic to think people will indefinitely stay at home,” he said. “The purpose of an office has changed a bit; it will become more of a collaborative hub that promotes connection and innovation.”

In terms of investment bright-spots, Maclean expects them to be in logistics, industrial, storage, smaller regional offices and any form of commercial property with long-term leases to outstanding covenants.