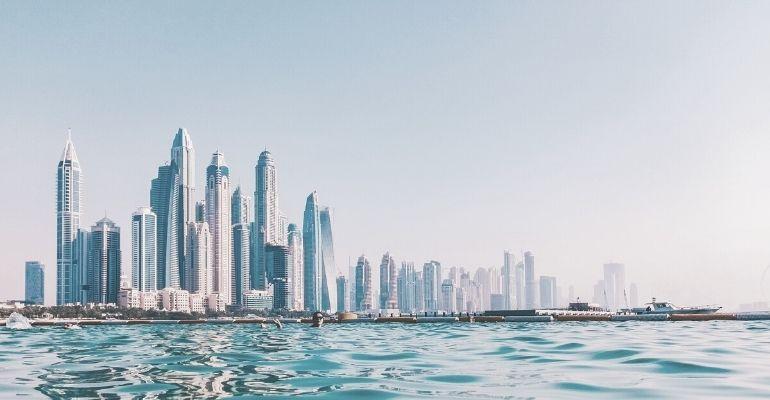 Dubai is no stranger to winning international accolades, and now it has another under its belt - with the city taking the number one spot for the most high rise builds in 2020.

According to the Council on Tall Buildings and Urban Habitat’s 2020 Year in Review report, Dubai beat out stiff competition - particularly from China - to top the list. The emirate completed 12 buildings in 2020, each taller than 200 metres (the minimum required height to feature in the list).

The 12 new structures meant that the city broke Shenzhen’s winning streak. The Chinese city had previously topped the list for the past four years, from 2016-2019. It’s the first time Dubai has taken the number one spot, since 2010 - which was a colossal year for the city as it also saw the completion of the current tallest building in the world, the Burj Khalifa in the Downtown Dubai district.

Out of those completed in Dubai last year, the tallest was the SLS Tower in Business Bay. At 336 metres high, it meant that the building is now the 11th tallest building in the world. Many of the high rise complexes completed in 2020 were due to five-year development plans, off the back of strong investment in the emirate’s property market in 2015.

Interestingly, the upward turn in the number of high rise complexes completed in the emirate in 2020, contradicts global trends, which saw a decrease in the number of skyscrapers built globally last year, with 133 in 2019, down to 106 in 2020. The city’s close competitor, Shenzhen, also saw a 50 per cent decline in completions, from 18 in 2019 to just nine in 2020. However, China still dominated the list, constructing over half of the buildings in the report - a total of 56. In terms of country-wide builds, the UAE came second, followed by the US and UK, with India taking the fifth spot.

Entering the list of top ten cities for the first time was London, which took eighth place, with four new builds, three of which were in the city’s finance hub Canary Wharf. The tallest building on the list was the brand new Central Park Tower, in New York City, at 472 metres. The achievement also meant that it was the first time since 2014 that the tallest building on the list was outside of China.