Guggenheim Abu Dhabi to be completed by 2025 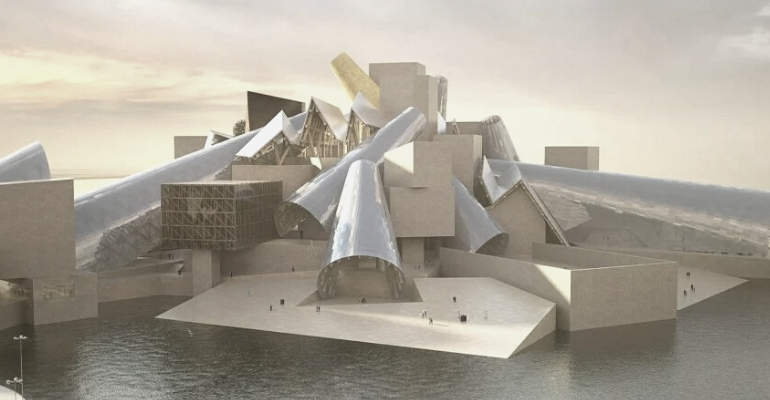 The completion date for construction on the Guggenheim Abu Dhabi comes after nearly two decades of delays.

The Guggenheim Abu Dhabi museum will be completed by 2025, according to the Department of Culture and Tourism (DCT) Abu Dhabi.

The launch date comes nearly two decades after plans for the museum were first unveiled in 2006, and 14 years after the museum’s construction commenced. Construction began in 2011, and after a period of halt, started again in 2019.

So far, the Guggenheim Abu Dhabi has engaged in three exhibitions in Abu Dhabi, featuring select works aimed at highlighting the yet-to-be-launched museum’s curatorial vision. It also held a public programme for global contemporary artists, and recently launched a video series titled Spotlight. The series, featured on social media, spotlights the Guggenheim Abu Dhabi works that are on loan worldwide.

“As we move forward with our plans, it is crucial to recognise the impact of this museum in realising our vision for the Emirate’s culture and creative industries,” Mohamed Khalifa Al Mubarak, Chairman of DCT Abu Dhabi, said. “Investing in these industries is pivotal to the economic development of our Emirate, and to our contribution to the global art world.” 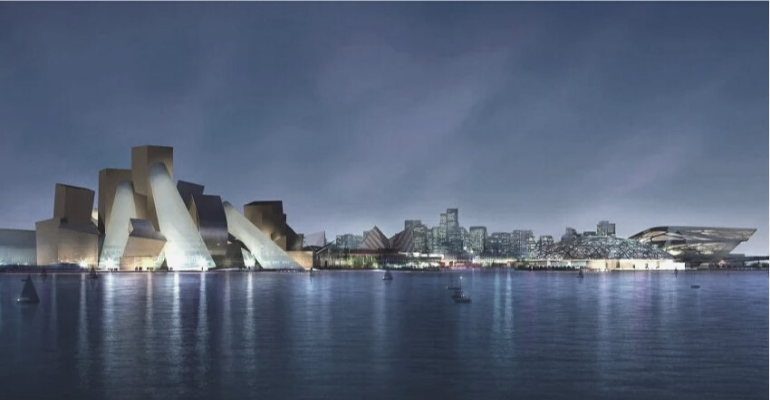 The Guggenheim Abu Dhabi is part of a global museum constellation

The Guggenheim Abu Dhabi is being established by the DCT along with the Solomon R. Guggenheim Foundation. It is part of the Foundation’s international constellation of museums, joining four others. These are Guggenheim Museum in New York, the Guggenheim Bilbao and the Peggy Guggenheim Collection in the Palazzo Venier dei Leoni in Venice.

The Guggenheim Abu Dhabi is set to become the largest of these four projects, according to the statement, and the second one to be designed by Frank Gehry. Gehry also designed Guggenheim Bilbao, previously the largest museum in the constellation.

The museum is designed as a cluster of galleries in a combination of vertical and horizontal spaces, according to the Guggenheim Foundation. It is encircled by cone-like structures designed to resemble traditional wind towers in the region. The galleries will be connected via a catwalks center with covered courtyards. The courtyards involve sustainable elements to facilitate the natural cooling and ventilation of the area.

The Guggenheim Abu Dhabi will be situated within Abu Dhabi’s Saadiyat Cultural District.