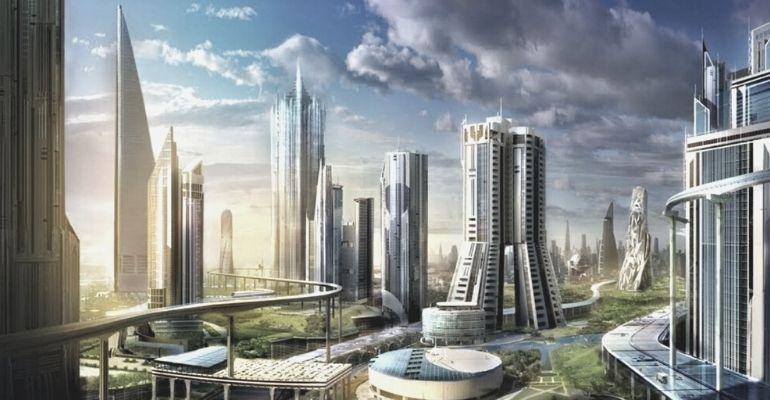 Saudi Arabia’s NEOM, The Line has nabbed the sustainability award in Cityscape Intelligence’s KSA Awards due to plans to revolutionise the liveability and its aims to be Saudi Arabia’s first zero-carbon city

Urban revitalisation, it’s a term which cities are embracing. Who can blame them? With the COVID-19 pandemic, rising sea levels, and concerns over the world’s growing carbon footprint, cities are re-examining how they are designed.

For new cities though, they have the advantage today of responding to design challenges. Take Saudi Arabia’s The Line, part of the government’s slew of giga projects. Announced in 2021, The Line is a 173km high-speed transport and data corridor through northwest Saudi Arabia and is the lynchpin in the kingdom’s futuristic smart city, NEOM.

It’s the reason why The Line has emerged the winner of this year’s sustainability category in the Cityscape Intelligence KSA Awards.

With 95% of the world’s transport relying on fossil fuels, The Line proposes a car-free city that centres on walkability and nature, and according to Florian Lennert, Head of Mobility at NEOM, will completely redesign the relationship between people and mobility, creating a forward looking global city. 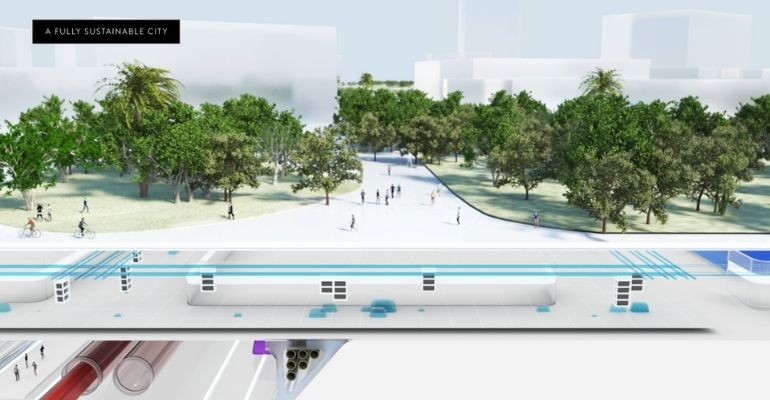 From autonomous electric shuttles, no-demand local connectivity, and pedestrian-friendly piazzas and green, liveable urban spaces, The Line is the Gulf’s answer to the 15-minute city, removing the need for roads and cars with the goal to become the Saudi Arabia’s first zero-carbon city.

Each neighbourhood’s key amenities, such as schools, medical clinics, leisure facilities as well as green spaces, will be within short walking or cycling distance and in proximity to public transit.

The Line is expected to be a magnet for investment and a major boost Saudi Arabia’s economy, projected to create 380,000 jobs and adding USD 48 billion to GDP by 2030. 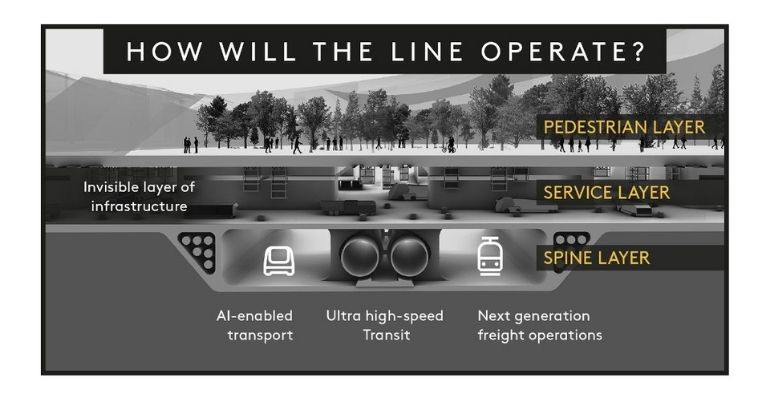