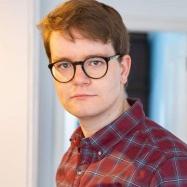 Saudi rail expansion plan nears completion
Apr 08, 2021
According to Transport Minister Saleh Al-Jasser, a study examining the feasibility of a massive railway link connecting the east and the west of Saudi Arabia has nearly been completed.

Israel investors eye UAE property
Apr 06, 2021
In the wake of the peace deal between the two countries, Israeli investors have been looking keenly at real estate in the United Arab Emirates.

Egypt strengthens ties with US tech and energy giants
Apr 06, 2021
Egypt is seeking to lure American investors to the country to help it meet its economic development goals.

Foreign investment licenses increase in Saudi Arabia
Apr 04, 2021
In a gesture of confidence in the Saudi economy and a sign of a brighter economic outlook, foreign investors have begun flocking to Saudi Arabia once again.