Why Sharjah is the UAE’s architectural hub 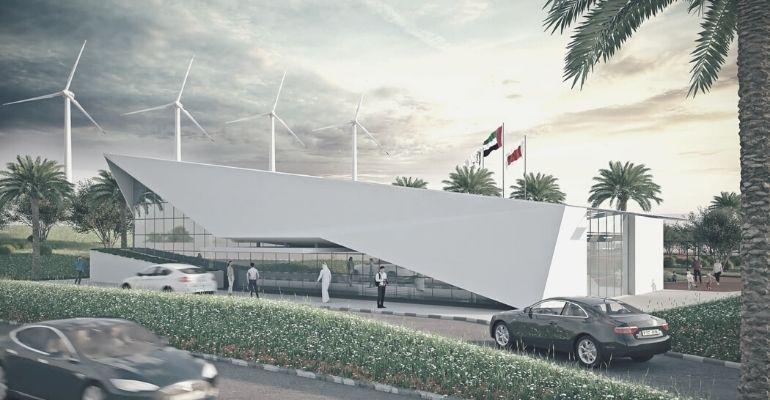 Traditionally overlooked in favour of its more grandiose neighbour, Sharjah is fast becoming a key creative hub in the MENA region

While Abu Dhabi and Dubai are probably better known internationally for their architectural prowess. From the award-winning design of the Louvre Abu Dhabi, to the record-breaking triumph of the Burj Khalifa in Dubai. It is the smaller emirate of Sharjah which is fast developing a reputation as an architectural hub in the region.

THE REVIVAL OF SHARJAH’S ‘FLYING SAUCER’

Sharjah’s journey towards architectural acclaim started several years ago, when in the 2010s there was a renaissance of interest in the emirate’s older 1970s and 1980s city architecture. Rather than replacing much of the older infrastructure with newer builds - like its neighbour Dubai, the smaller emirate decided to invest in these older constructs. Alongside the city’s Old Al Jubail Vegetable Market and the Al-Qasimiyah School, the city’s art centre is at the centre of this revival. “"The core aim of the present restoration was to bring the Brutalist design of the building back to its original silhouette by reinstating openness and perceptual lightness,” explains SpaceContinuum Design Studio founder Mona El Mousfy. The process saw the unique flying saucer-shaped building transformed from a restaurant to its current glory, reborn as the home of the city’s Sharjah Art Foundation.

SUSTAINABILITY, ECO-TOURISM AND BEYOND 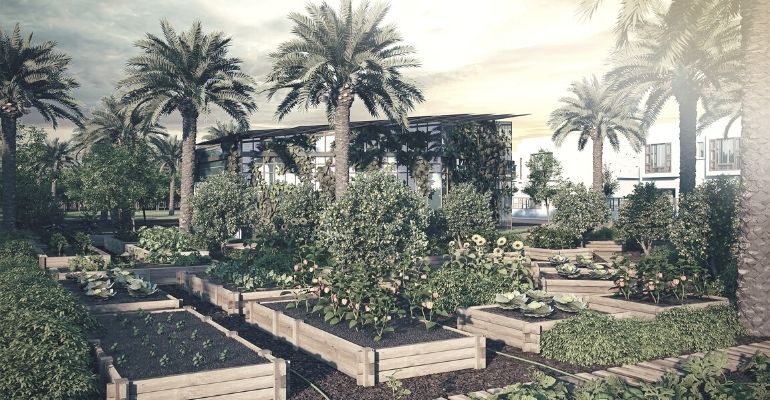 While in recent years, superfluous construction in neighbouring Dubai has been a concern for some investors, Sharjah has chosen to focus its attention on sustainable architecture for new builds in the emirate. One of the biggest current architecture projects in the emirate is Sharjah Sustainable City, which is planned for completion by Q4 of 2021. There are 1,120 homes planned, with its own gated amenities including a school, mall, medical clinic, restaurants, fitness facilities and outdoor green spaces, all of which will be run on 100% on both renewable energy and irrigated water. There will also be greenhouses with vertical farms, and an autonomous shuttle service throughout the community. “Our vision was to create a futuristic living concept that tackles the current problems we have, aiming to provide a better future while also preserving our vibrant tradition and heritage,” explains Yousif Ahmed Al-Mutawa Chief Executive Officer of Sharjah Sustainable City. Elsewhere in the emirate a slew of hospitality developments has seen Sharjah firmly placed on the map as a key eco-tourism destination in the region. Including the emirate’s desert Moon Retreat, which is due for completion in Q2 of this year, alongside the emirate’s  Mleiha Archaeological and Eco-tourism Project.

Discussing how the new developments strive to set Sharjah apart from the other emirates Khawla Al Hashimi, director of project development at Sharjah Investment and Development Authority (Shurooq) said: “Developing such eco-friendly retreats continues to position Sharjah as the hub of responsible tourism in the region...while playing a great role in boosting the emirate’s leisure and cultural status across the global tourism sector.”