If you were unable to attend the live session, we are pleased to let you know that the recording is now available on our youtube channel.

The session aims to delve deeper into why hand-drawing is a vital part of the architect's creative process. During this Livestream the winner, from Wael Al-Masri Planners and Architects recreates the winning sketch - titled as a passage from “The Heart of Sharjah” - for the audience to view; while reflecting on and discussing the subject of the sketch as well as the techniques and medium used. 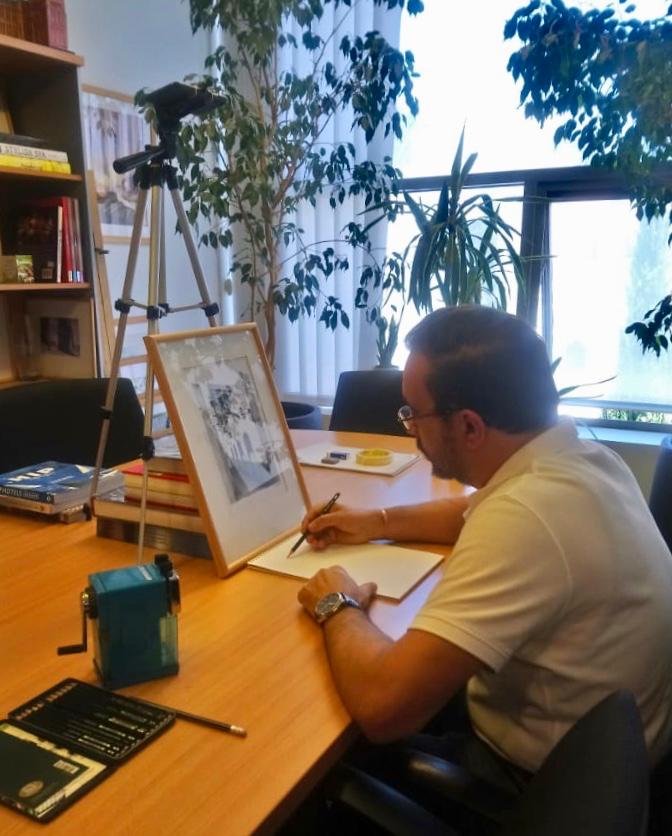 If you would like to know more about the winning sketch: A Passage from The Heart of Sharjah, Wael Al-Masri

"Our eyes are made to see the forms in light: light and shadow expose the forms…” Le Corbusier.

Reflecting the limited resources and local building materials in the region before oil; vernacular architecture in the Gulf is characterized by being simple and humble. Old buildings in the region are inward-oriented, exteriors formed by solid massive walls, occasionally punctured by niches, parapet recesses, and small openings and reticent doorways. Exceptions to this rather austere building character can be found occasionally in the relatively more ornate wind towers penetrating the horizontal skyline of old Gulf cities. These vertical elements which are scattered over the rooftops can be found especially in the traditional architecture of the United Arab Emirates, and have become distinguished icons of its architecture and identity in general. My competition entry depicts a narrow passage in the “Heart of Sharjah”; the historic center of the city of Sharjah. Being the appointed ”Custodian of the Heart of Sharjah” responsible for the master plan and concept urban design for this historic area over the past twelve years, I became deeply aware of the intrinsic qualities of this architecture and made several sketches of it. This particular scene caught my attention, as it embodies the identity of this setting. Its architectural character celebrates the play of light and shade, achieved through the composition of solid and void and the rhythmic repetitions of façade elements. The delicate decorative elements at the top of the wind tower contrast with the otherwise plain massive walls beneath, accentuating the feel of deep shade, while the texture and aging of its whitewashed walls reveal the passing of time and effects of weather conditions on these surfaces. I tried to capture the qualities of this place through a pencil sketching technique using tiny dots of varying densities to express the power of light as it washes and penetrates the wall surfaces, and creates deep shades and shadows on the buildings and the passage floor. I tried to express the distorted shadows of projecting elements such as water gargoyles, street lamps, studs, and decorative elements as they throw themselves on the walls. Another quality I tried to capture through this sketching technique is the interesting effects created as light bounces between walls, floors, and sides of niches and projections creating a pleasant variation of lightness and darkness. I also tried in this technique to express the delicate wall render and its texture and aging, as well as the effects of water dripping on the tops of parapet walls and the cornices of the wind tower. In summary, I think this sketching technique and process, has helped me explore and express the qualities of such a human vernacular architecture in a way that perhaps would not have been attained through other presentation media. This unique place has inspired my artistic depiction of it through sketching, which in turn has in no doubt further increased my appreciation of it." 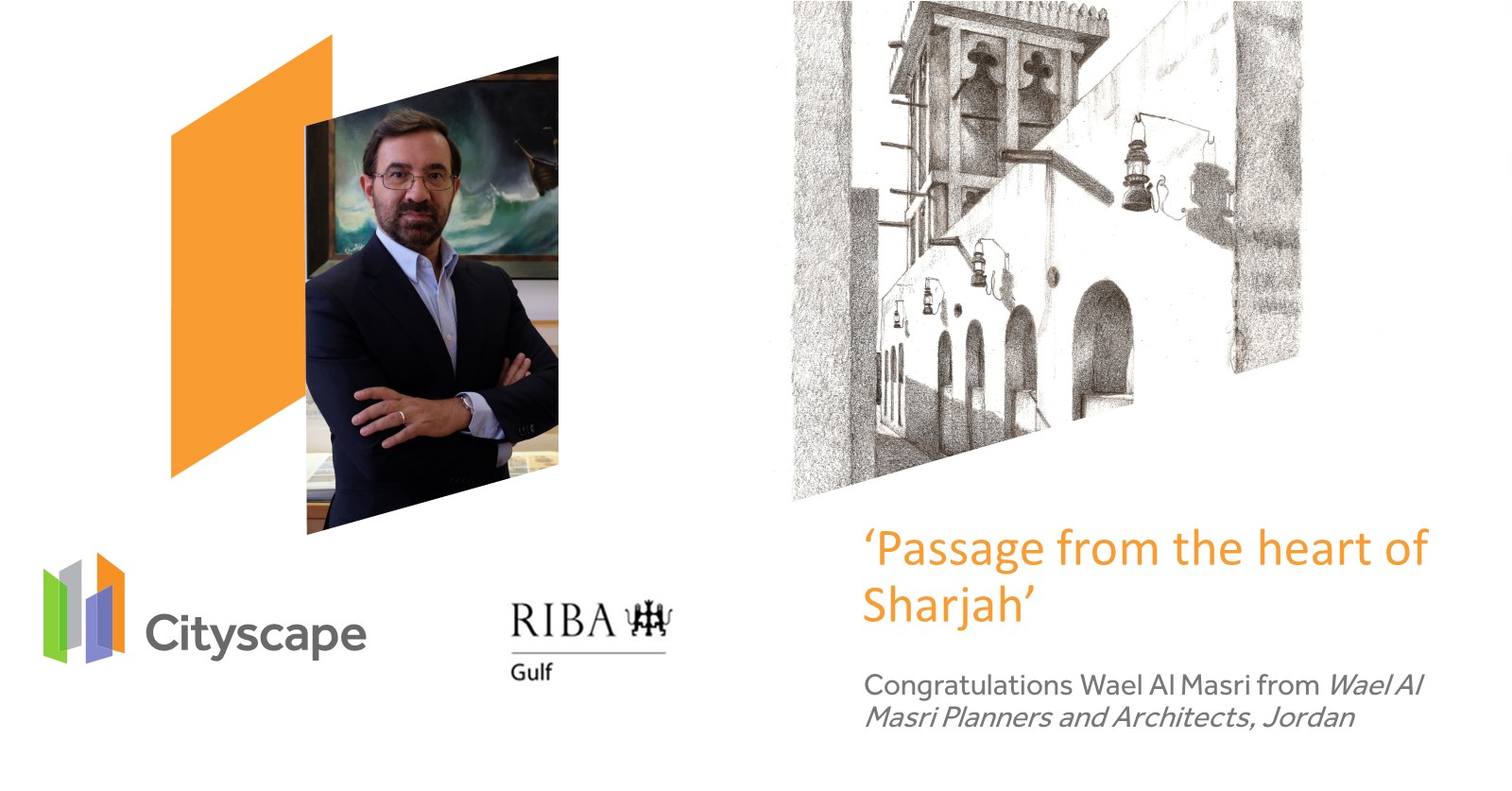