Ultra-luxury skyscrapers in New York to receive a new addition 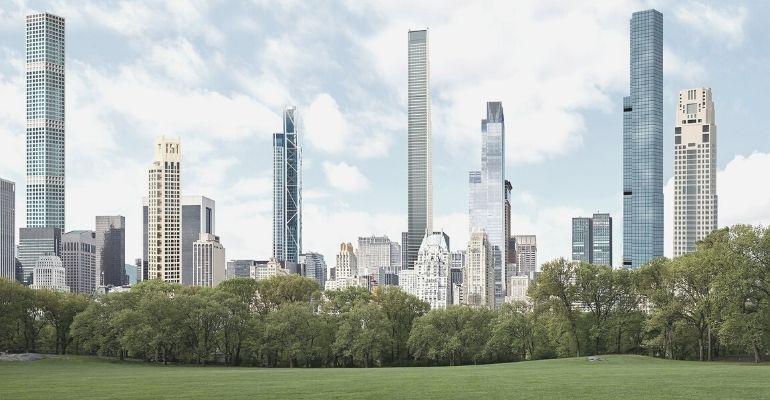 Called Billionaires’ Row, this cluster of skyscrapers in New York is already home to the world’s tallest, and most slender high-rises.

The building will be a part of a cluster of ultra-luxury residential skyscrapers in New York located towards the South end of Central Park, popularly known as Billionaires’ Row.

As a mixed use skyscraper, preliminary designs propose 41-47 West 57th Street to be 1,100 feet high, with sweeping views of Central Park. The wedge-shaped building will have 63 storeys in total according to early plans, with 119 residential units, a 158-room hotel, and commercial space stretching to about 10,200 square feet.

The developer for 41-47 West 57th Street, Sedesco, is looking to extend the site’s floor space. Sedesco has reportedly asked for authorisation for over 52,000 additional square footage from zoning authorities. Current zoning allows for a building of 385,700 square feet on the site.

In return, the company has committed to making improvements to the F train subway station on 57th Street under New York's Zoning for Accessibility program. The program allows private developers to access incentives for properties located near stations by offering construction improvements. 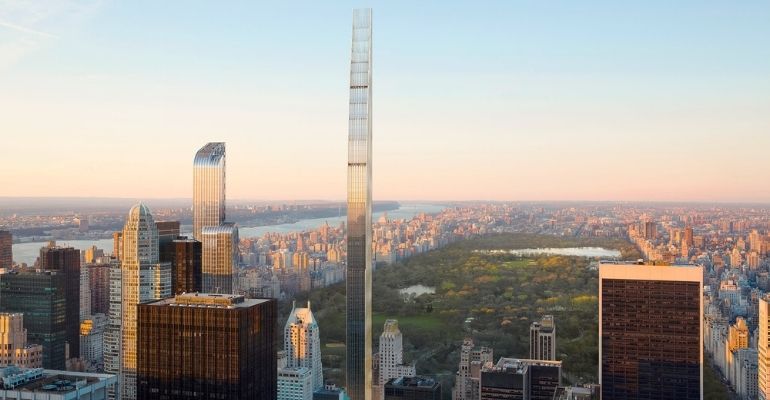 These two high-rises are joined by six other ultra-luxury skyscrapers to form what is known as New York’s Billionaires' Row. Three of the skyscrapers from this cluster can be found on 57th Street. A hub for skyscrapers in New York, 57th Street was the most expensive street in the city in 2019, with properties registering an average sale price of USD 9.8 million.