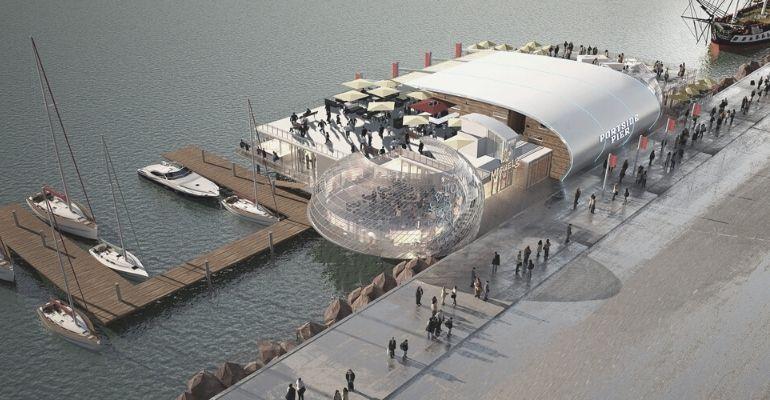 San Diego has undergone major changes at the city’s downtown glistening waterfront, with the vision and leadership of the Unified Port of San Diego. The new architecture and development of the San Diego iconic waterfront have been reimagined by Tucker Sadler Architect’s CEO, Greg Mueller. The growing list of waterfront development projects by designer Greg Mueller includes the iconic Portside Pier, The Shell for The San Diego Symphony Orchestra (formerly the Bayside Performance Venue) and the Costa Vista RV Resort and Park.

Tucker Sadler Architects has been in business for over 64 years and has imparted their modern yet timeless architectural designs throughout San Diego and the region. Greg Mueller, Tucker Sadler’s Design Principal, has created visions for San Diego’s waterfront that encompass a wide range of elements, each project marrying San Diego’s history and beauty with artful designs that are unique to San Diego.

The newly completed multi-million dollar open air waterfront design of Portside Pier includes four eateries and stunning views of the San Diego Bay on the North Embarcadero waterfront. Mr. Mueller provided architectural services from entitlement processing through completion of the development. Mueller’s design concept is a nod to the local fisherman past and present, honoring the heritage with a design that symbolizes the casting of a fisherman’s net into the water, and incorporating an abstraction of old-world fish baskets into a modern expression, anchoring each of the entrances to the four different restaurants. 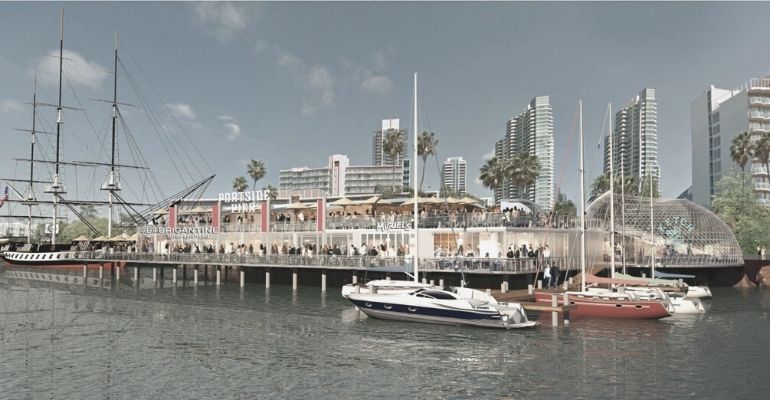 A NEW DYNAMIC TO THE ICONIC WATERFRONT AND SKYLINE

The exterior design of Portside Pier will add a new dynamic to the iconic waterfront and skyline. The buildings operable windows and doors of the new restaurant will allow the cool ocean breeze to flow through and the soft glow of fire pits and movement of the activity within to surge onto the North Embarcadero. The center arching element of building design symbolizes casting of a fisherman’s net into a wave that will capture [similar movement to capturing fish and bringing them to shore] the attention of those on the water and on the embarcadero. The restaurants are introduced by an abstraction of old world fish baskets into an elegant and modern expression that establishes the entrances to the different restaurant concepts.

Interior elements of Portside Pier will further emphasize a chic California expression of waterfront dining. At the “Topsail” deck situated above the Brigantine restaurant will provide a casual setting around fire pits and delivering magnificent views of downtown, San Diego Bay and newly completed County Park. The interior design of the Portside Pier will depict clean line ceilings that float above the dining area and the carved Teak wood walls with stained glass purposely inserted will represent modern expression of the restaurants long standing influence in San Diego.

All this at the edge of a sparkling blue bay.