House of Wisdom opens in Sharjah 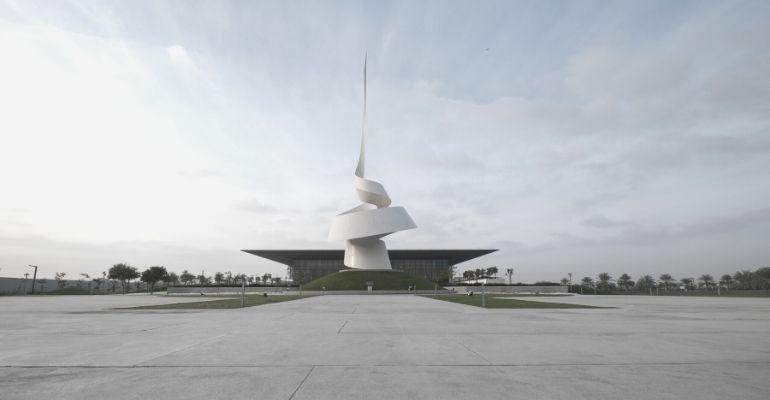 The House of Wisdom, a new library and cultural centre by UK design and architecture studio Foster + Partners, has opened in Sharjah. It is intended to be the hub of a brand-new cultural quarter in the city.

Sharjah, the United Arab Emirates’ third-largest city, has often been considered the nation’s cultural capital. In 2019 it was named World Book Capital by UNESCO—this new library seeks to build on that legacy.

This two-storey building is located opposite Sharjah International Airport, and features a large roof with a 15-metre overhang designed to provide shade.

The ground floor houses an exhibition space, a children’s educational area, a reading space and a café, as well as a unique “espresso book machine” that prints and binds books on demand.

The first floor features pod spaces suspended above the central courtyard, as well as reading lounges, more exhibition areas, a prayer room and a women-only area.

Outside the building is a “knowledge garden” and a children’s play area, shaded by the overhang and surrounded by native plant life and water features. 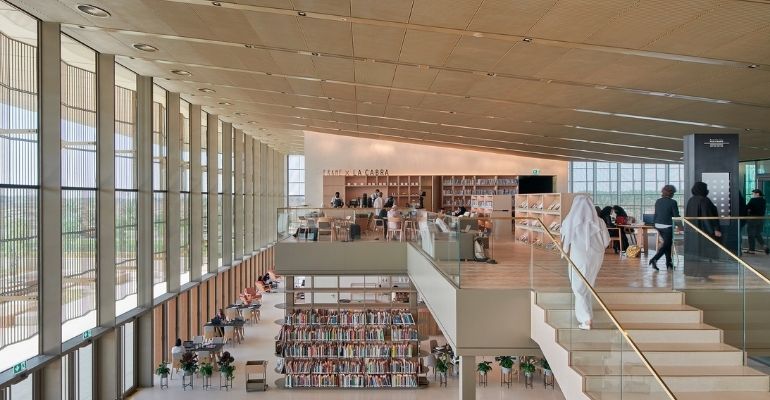 The structure is designed to reflect the Arab world’s long literary heritage. The building itself is named after the legendary Baghdad House of Wisdom, which was an important centre of learning and book repository during the Islamic Golden Age.

A large exterior sculpture by British artist Gerry Judah called “The Scroll”, designed to resemble an Arabic scroll captures something of this heritage.

However, the building is designed to be a modern interpretation of a library, a place for contemplation and learning envisioned as an accessible community hub combining digital technology and traditional books.

It is also a demonstration of Sharjah’s growing international profile—particularly as a cultural centre and a destination for Islamic tourists from across the region. 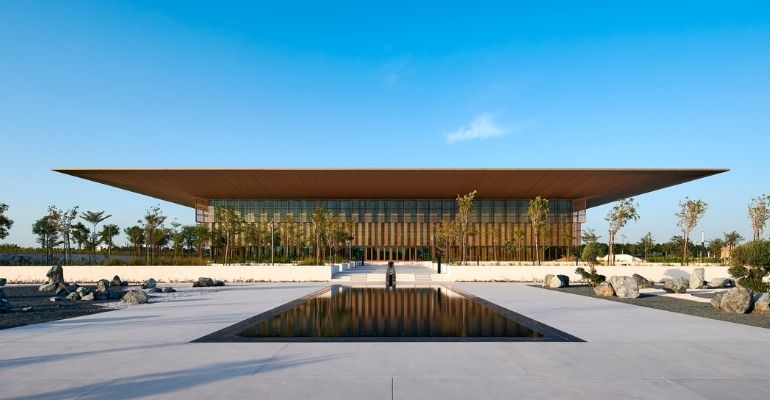