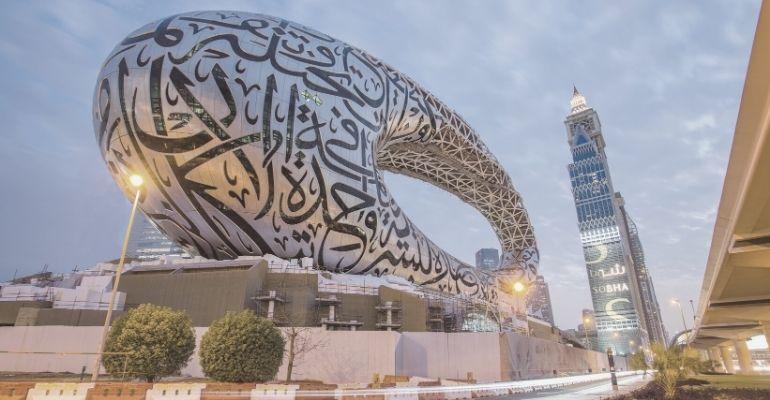 With seven floors of exhibition space, Dubai’s Museum of the Future is touted as a global monument to urban excellence and a quintessential Emirati contribution to delivering a brighter future, remarked HH Sheikh Mohammed bin Rashid Al Maktoum, Vice President, Prime Minister and Ruler of Dubai, who was speaking at a ceremony to mark the attachment of the final piece to the facade of the Museum of the Future.

Located in the Emirates Towers area near Sheikh Zayed Road in Dubai, the 30,000-sq-m and 77-m-high iconic building has an instantly recognisable shape, epitomised by its futuristic stainless-steel façade with illuminated glazed Arabic calligraphy.

“This represents an innovation-driven area that will drive sustainability and advance the development process, he added, noting that the museum has already gained global fame even before its opening thanks to its one-of-a-kind design,” he stated. 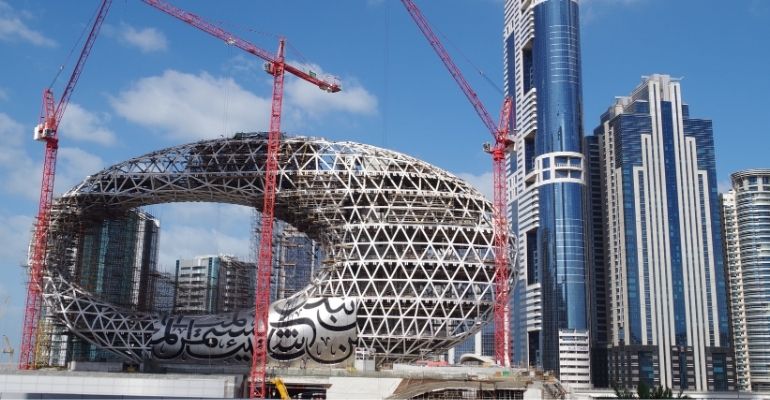 Sheikh Mohammed pointed out that the Museum of the Future represents a global architectural and engineering icon that would be harnessed to build human miracles capable of using the museum to shape a better future.

"We are not after architectural wonders, but we rather seek to unleash human potential to create a better future that abounds in miracles and testifies to the remarkable achievements made by the UAE. Dubai will continue to deliver architectural masterpieces as the world continues to be in progress for those who know exactly what they want," he added.

The museum, which stands encased in stainless steel adorned with Arabic calligraphy, will upon completion represent a showplace for a new era - a center of creativity and hope where the visitor can see, touch and shape the country's shared future. 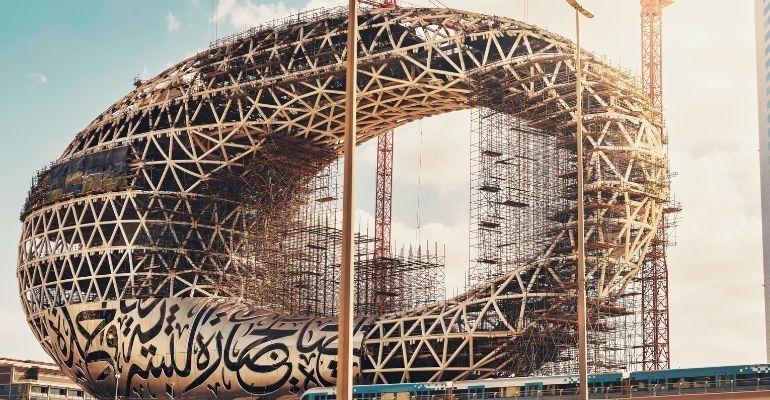