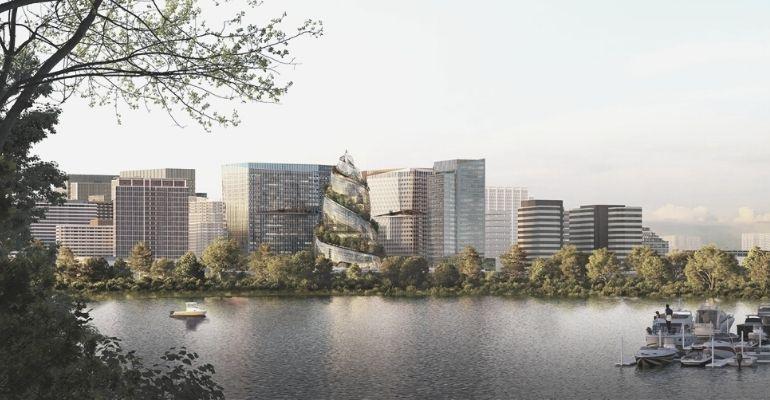 The architectural design for Amazon’s new US headquarters in Arlington, Virginia was revealed this week

Amazon revealed the design for its new headquarters (it's second in the continental US) this week.

The 100-metre-tall structure is called The Helix and features a spiralling glass tower, surrounded by a “hiking trail” to the top of the building, which will be surrounded by fauna from the Blue Ridge Mountains in the state. Those who don’t work at the offices might be in luck too – with plans to open the trail to the public on some weekends.

The complex will include three buildings as office space and 10,000 square metres of public space. The hub will be the second headquarters for the e-commerce company, following its base in Seattle, Washington, US. 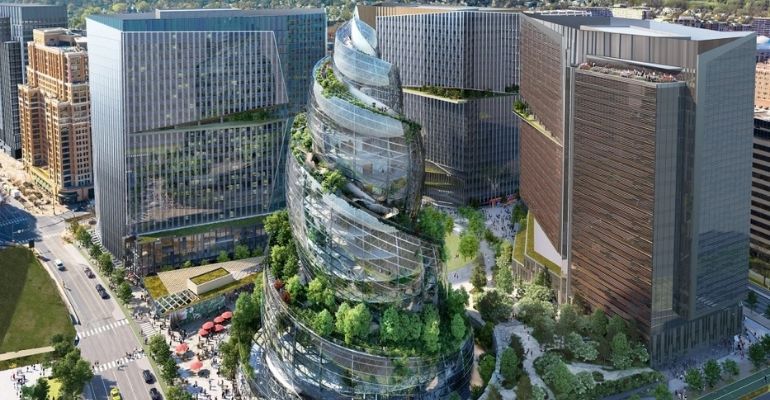 INSPIRED BY THE GREAT MOSQUE OF SAMARRA

Despite the company releasing a statement saying the building is based on the structure of DNA modules, many architects were quick to point out that its design structure owes a lot to the 9th-century spiral Great Mosque in Samarra, Iraq.

"The Helix is unique as an office building, but its form owes much to ancient buildings like the 9th-century spiral Great Mosque of Samarra in Iraq," said Peter Murray, curator-in-chief of forum New London Architecture.

It’s not the first time the spiral mosque served as architectural inspiration either, Pritzker Architecture Prize winner Philip Johnson, chose the building for inspiration in 1976 when he designed and built the Chapel of Thanksgiving, in the southern US city of Dallas, Texas.

Originally built in the 9th century the Great Mosque of Samarra is known for its iconic spiral cone minaret to construct and stands at 52 metres tall. The impressive architectural feat was the tallest largest mosque in the world when it was built over a 1,000 years ago.