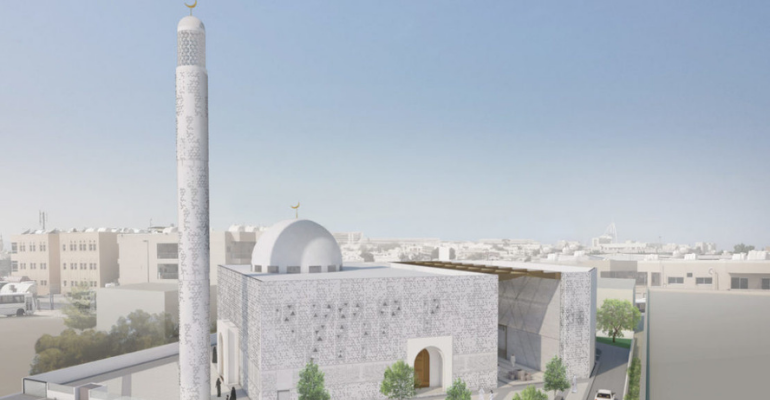 The Mosque of Light by Dabbagh Architects features perforated stone walls that let natural light into the building.

The Mosque of the Late Mohamed Abdulkhaliq Gargash, also known as the Mosque of Light, is one of the first mosques to be designed in the UAE by a woman architect

Designed by Dubai-based Dabbagh Architects, which is led by Sumaya Dabbagh, the Mosque of Light features white stone facades covered in geometric forms and calligraphy. The mosque has been commissioned by the family of the late businessman Mohamed Abdulkhaliq Gargash.

The contemporary Mosque of Light is located in the south of Dubai, at the Al Quoz industrial area. The mosque is designed to be a sanctuary away from the city bustle, bringing “a sense of calm amongst the visual clutter and noise of the industrial Al Quoz district," Dabbagh told Dezeen.

"The design approach is a response to the site, the setting, local materials available and equally importantly the experience created. All of these considerations have created a contemporary design that is of its time and place,” Dabbagh also said. 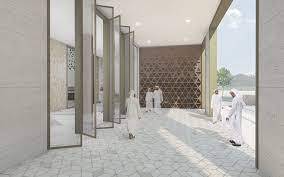 THE MOSQUE OF LIGHT CAPTURES A "SENSE OF THE SACRED"

Unlike a reflection of opulence and status that religious buildings traditionally use, the mosque takes a minimal design approach, Dabbagh said.

The Mosque of Light has a clean form that eschews the traditional format of using multiple blocks within a mosque. It is divided into two blocks by a linear courtyard. The courtyard features a perforated canopy that creates a visual geometrical play of light in the courtyard.

Dabbagh said that the design of the Mosque of Light seeks to enhance the connection that devotees have with natural day and night patterns, based on the five prayer timings, through natural lighting. 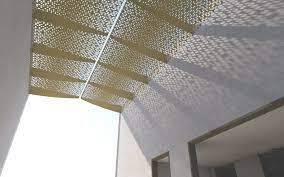 Elements such as these, and the proportion of the main space and the use of natural light in strategic locations, are part of a “deliberate design” for the place of worship, Dabbagh said. The Mosque of Light overall aims to create "a sense of the sacred,” she added.

The dome-covered main prayer area is located in the larger block on the ground floor, while the first floor houses the women's prayer area. Ablution facilities and residences for the Imam and Moazen are located on the other side of the courtyard.