First look: the progress of the New Palace of Justice, Kuwait 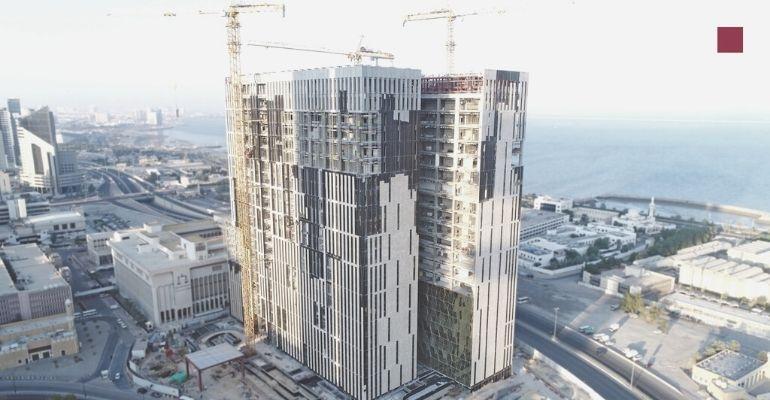 Check out the latest images of the progress made on the New Palace of Justice in Kuwait.

The architects behind The New Palace of Justice in Kuwait, Pan Arab Consulting Engineers (PACE), have released official images of the project’s construction to-date.

A collaboration between the architecture firm and the Armi Diwan of Kuwait, this ambitious project aims to rebuild and expand the historic Palace of Justice which has long stood as an iconic landmark in the Al Qibla area of Kuwait City.

When complete, the structure will consist of 20 floors of office space, 141 courtrooms, a ground floor complete with a mezzanine, three basement floors providing 2,741 parking spaces, as well as robotic parking facilities.

Spanning an area of 356,189 square meters and occupying a 34,500 square meter plot, the new structure will be the largest judicial building in the Middle East. 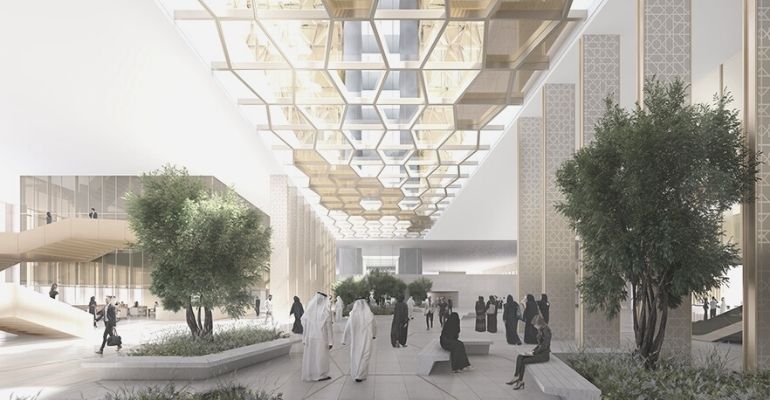 A NEW STRUCTURE FOR A NEW KUWAIT

Designed to be a “symbol of fairness and integrity,” for Kuwait, the building will take its place in a prime, central-city location. The realisation of the project is in line with the State of Kuwait’s ongoing efforts to modernise, upgrade, and refresh its existing judicial system.

In a wider sense, the redevelopment of the Palace of Justice plays into the strategic goals set out in Kuwait’s National Development Plan (NDP) and reinstated by the broader New Kuwait Vision 2035.

Led by the vision of His Highness the Amir of Kuwait, Sheikh Sabah AlAhmed AlJaber AlSabah, this strategic development plan seeks to transform Kuwait into a financial trade hub both regionally and internationally and attract a higher number of investors to the market.

"Pace itself has long been an active participant in the realisation of the NDP and is not a stranger to judicial projects, as it has so far delivered on a number of smart court projects in Kuwait," the company said in a press release. 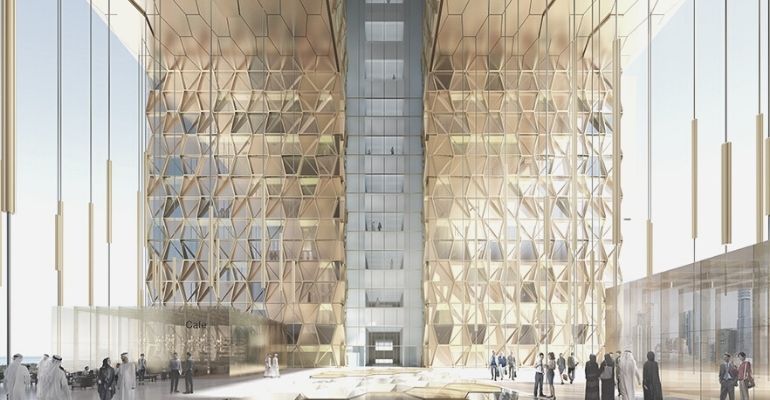 The iconic exterior of the building features a solid Plaza and floating, cantilevered wings, intended to symbolise the Scales of Justice.

Connecting the two wings to form the heart of the building, an eye-catching Golden Geode atrium forms a focal point for the Palace’s visitors. This central concourse merges with the Plaza to become the buildings entrance – a place designed for “the voices of the people” to be heard.

According to PACE, “every feature within the building is considered to reflect and support its dual-functionality as a space for both citizens and the Government”.

Designed to specifically meet the requirements of the building’s varied users, the outer façade features a full glass frontage, made up of windows of varying sizes based on the particular function of the room.

An emphasis on providing ample amounts of natural light is sustained throughout the building’s design, as well as a unifying modular bronze detail.

Looking out from the building, occupants will have a view of the outdoor courtyard which provides a space for relaxation and community making.

Blurring the boundary between art and pure landscaping, PACE have adopted a ‘Storming Skies’ concept in relation to the structure’s landscape architecture.

“The illusion of a storm cloud has been innovatively created with the use of hanging metal bars over the plaza, where a visitor’s perception of these clouds would change relative to their position in the building,” Kuwait Architecture News writes.