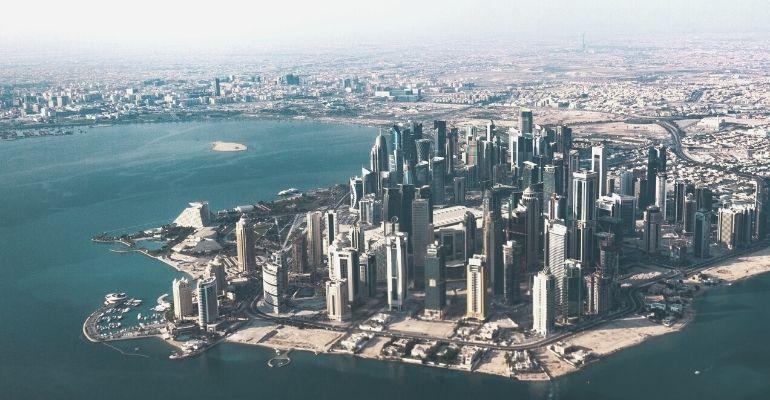 After years of focusing on European and North American markets, Qatar looks to investment opportunities in Asia and Africa

There’s more; Qatar’s investments into the UK also span a selection of iconic skyscrapers, including London’s emblematic The Shard, the fund’s subsidiary Qatari Diar owns the city’s historic Chelsea Barracks and Olympic Village sites, both of which it is repurposing for residential use. The fund also owns department store Harrods, while state-backed Qatar Airways is the largest shareholder in British Airways owner IAG, and it also owns much of Heathrow Airport.

Beyond the UK, QIA owns billions of dollars of New York property, as well as 44 per cent of real estate business Brookfield Property Partners, which signed a 99-year lease on Jared Kushner's 666 Fifth Avenue skyscraper in 2018.

Historically speaking, investments into traditional real estate have almost always paid off. But of course, the pandemic has thrown the property market into flux. Where Canary Wharf’s offices, when full, accommodated well over 120,000 people every day, now you’d be hard pressed to clock a tenth of that footfall. Prime office blocks around the world are lying empty, hotels half-vacant and brick-and-mortar retail stores everywhere are struggling.

Much of the investment market has responded to the pandemic with strategic shifts and restructurings. Collectively, SWFs around the world invested some USD 4.4 billion in the real estate sector in the first seven months of 2020 — a 65 per cent drop from the same period in the preceding year.

Customarily, for wealth funds, property is an asset-class staple, and makes up about eight per cent of their total portfolios on average. The pandemic has changed that, instead of traditional real estate, wealth funds are now increasingly investing in warehousing and logistics — sub-sectors that, owing to the online shopping boom, emerged clear winners last year.

Qatar, too, is following suit — QIA’s chief recently said the fund would now focus its investments on data centres and warehouses. And to further diversify, the fund intends to look beyond European and North American markets, which much of its current portfolio is weighted towards, to businesses Asia and Africa.

And so, earlier this year, in a funding round for Walmart-backed Indian e-commerce firm Flipkart, Qatar, alongside other investors and SWFs, injected USD 3.6 billion into the business. Further, QIA also set up an advisory subsidiary in Singapore, to tap into new market opportunities in the Southeast Asia region.

Through one of its subsidiaries, QIA also entered into a joint venture partnership with Italian utilities company Enel Green Power (EGP), to finance, build and operate renewable projects in Sub-Saharan Africa. The two entities also signed an agreement per which QIA will acquire 50 per cent of EGP’s stake in projects in operation and under construction in South Africa and Zambia, their capacity estimated at 800 megawatts.

Even in North America, Qatar is diversifying away from property. In May, QIA bought USD 740 million in shares of US-based renewable energy provider Avangrid, acquiring up to 3.7 per cent of its common stock. In another major deal, QIA purchased 16 per cent of the 53 million shares offered by medical technology provider Siemens Healthineers. So much like its peers, Qatar’s investment activity is now geared at diversifying risk and insulating itself against future shocks.