Striatus: A look inside the world’s first 3D printed bridge 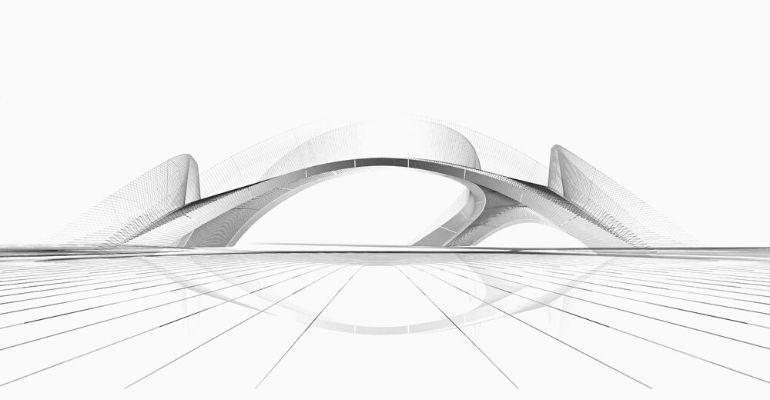 Another first for the world of 3D printing, Striatus is expected to debut at Italy’s Venice Architecture Biennale 2021 in July 2021.

Striatus is the world’s first concrete bridge built by 3D printing technology. The project has been developed by ETH Zurich’s Block Research Group, and Zaha Hadid Architects Computation and Design Group, in collaboration with Austrian startup incremental3D and Holcim.

The bridge is being built at Italy’s Giardini della Marinaressa in Venice, for the “Time Space Existence” exhibition at the ongoing Venice Architecture Biennale 2021. The exhibition is hosted by the European Cultural Centre. Striatus will open in July this year. 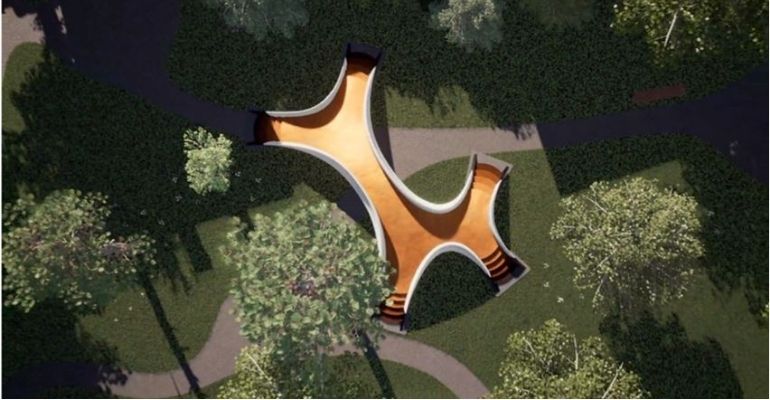 EVERYTHING YOU NEED TO KNOW ABOUT STRIATUS

The word striatus comes from Latin, and refers to grooves, or striations, on a surface. Presumably, the name is indicative of the texture of items that are manufactured using 3D printing technology.

Striatus is an unreinforced masonry bridge that supports itself through compression. It is built using traditional building techniques combined with computational design, engineering, and robotics manufacturing technologies.

Since the 3D printed bridge does not use reinforcement and relies on the dry assembly without binders, it can be repurposed several times. It relies on its natural, circular geometry for structural strength.

Striatus has a displacement of 26 centimetres. Layer heights range from 4 to 11 centimetres, with a point count of nearly 60,000. Weighing close to 1000 kilograms, the bridge has a print length of 1600 metres, and a print time of 140 minutes.

Further, in order to control the ecological footprint of the project, the bridge is being built onsite, and with only the necessary materials.

“The concrete is structurally informed, fabrication-aware, ecologically responsible and precisely placed to build more with less,” according to the project’s website. 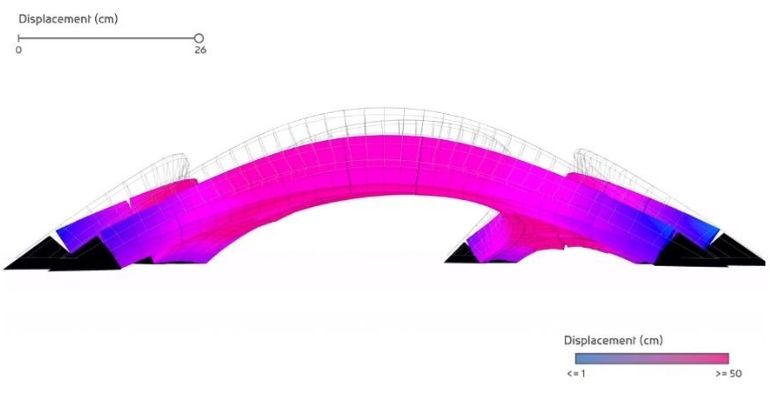 3D PRINTING IN THE MENA REGION

For the MENA region, this represents an opportunity that will be worth USD 1 billion in the next few years.

3D printing has also emerged as a frontier technology in architecture and infrastructure, albeit in its early days. The UAE and Saudi Arabia have emerged regional leaders on this front, having announced several 3D printing infrastructure projects in the past few years.

The region is home to the world’s largest 3D-printed two-storey building in the UAE, and a 3D-printed sand pavilion called Sandwaves in Saudi Arabia. Dubai developer Emaar also announced plans in 2019, to build 3D printed townhouses at Arabian Ranches 3 in Dubai.